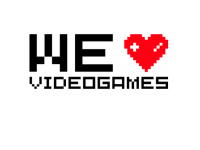 This week did not go exactly as expected for all of those video games out there. Well, at least as we expected over here where we assumed it would be rather quiet given the holidays that were going on throughout. That is not to say that we did not get some great updates for various video games out there yet again. Cyberpunk 2077 is still coming in a few weeks and we have more to spoil there, we also had some new skins for Mortal Kombat 11 and gameplay for Evil Genius 2 with a little more fun with Hitman 3. All kinds of updates and those were not even the sad ones we had mixed in.

You most likely noticed that we did not get any more of those reviews out there this week, and that was not due to there not being any video games in that realm this time. It was a bit of a rough one here behind the scenes between all of the various things going on in the world. Most of what we missed will be out there next week as we see even more video games get launched or delayed based on what is going on in the world. We will only have to wait a little bit longer. It also gives us some time to enjoy more of those games out there already.