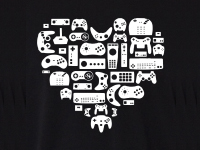 One more week in the bag and all kinds of stuff was out there for our favorite video games. It felt like the same rollercoaster we have been used to as of late with the ups and downs and teases. Just like the new gameplay we had for Days Gone and Sekiro: Shadows Die Twice. Also some new stuff for Mortal Kombat 11 and sadly a delay to The Sinking City. Not all of the news for our video games can be happy after all. At least there were no cancelations or disasters to fight through this week. At least not anything publicly. Not that they would stay hidden for too long in today's world.

Now we look onward to the following week and just what we can expect in the world of video games. My guess is that there will be a few more minor updates and changes given the number of titles releasing in the coming week. I could be wrong and we could see an explosion of information for all of our video games and we could be left in the lurch. At least with the current size of the staff. If you are interested in helping out just shoot over a message and you can join in the fun and insanity we go through over here.