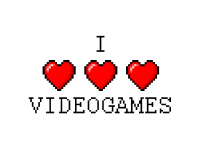 So many video games to look at this week that it feels like the best problem to have here. Even with a few that have been launched like Call Of Cthulhu and Fallout 76 in its B.E.T.A. mode for all who can participate now. Then we had all of those great updates for video games like Hitman 2 and the upcoming remake of MediEvil. So much going on and it is only going to get better and more involved. At least that is how it is all feeling and shaping up to be here. We could always be way off from it all and not seeing a true decline somehow.

This week we also were able to get a few of those reviews out there for some older video games, by like a few weeks, and then one that launched this week as well. We still have a few of those open-world games in the works for our review lists as well and hopefully after this weekend we will be closer to getting our reviews out there for that. All so we can kick back and wait a week or two until the next wave of huge video games hit us. Things should slow down after this month and then we can just focus on enjoying those great ones that are out there. Fingers crossed…