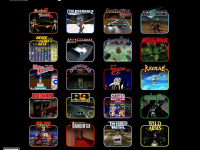 Some of you may have been holding out to pre-order the PlayStation Classic before December 3rd here and that makes a bit of sense as we had so few titles actually announced for the system. There was the guarantee of twenty titles when it was announced in general and now we have the full list besides the five big titles Sony was trying to grab our attention with. They were some rather solid PlayStation titles, sure, but given how gamers are we need to see it all before we throw our cash. At least for some of us who are little more cautious than buying into the hype trains.

The full list is below and can be seen in the latest trailer for the PlayStation Classic, but it does look like we have a rather solid list to go on here. We get to add classics like Destruction Derby and Rayman in the mix now. Also more Abe’s Oddysee and Cool Boarders 2 for those who were hoping to dive back into those classic PlayStation titles. About what we would expect here for this retro machine. I know I would still rather just play it on my PS4 instead of a whole new bit of hardware. I am not the masses though so we can just go with that for now. What do you think about the North American list of titles for the PlayStation Classic that we have here? Do you think we should have just had these added in via a different app on the PS4 or does it make sense to have a new bit of hardware for this? What titles do you think should have been added that did not make the cut here? Let us all know down in the comments and then feel free to discuss. If there is more to share for the PlayStation Classic we will share it here. Be sure to keep coming back here to see and hear it all.