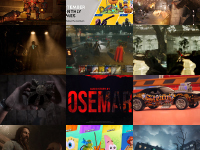 The week has wrapped and we survived another short one with so many video games announced, shown off, and updated again. More so than we would have expected with titles like God Of War: Ragnarök and Call Of Duty: Vanguard getting some of the top billing. That is not to mention other video games that had some updates like Dying Light 2 and Marvel’s Midnight Suns to get us all amped up for more. More than has to be coming with so many things highlighted near the end of the week that we have not been able to talk about yet. At least on the site here officially with the videos popping up on our YouTube account to get the ball rolling for you.

Now, we are going to get our true break and maybe play some of these video games over the weekend here. That is the plan as we take in all of the data on things that worked for the site and did not over the last two weeks. We did enjoy dropping all of those videos out there in the mix and would like to do that more often for you. It did seem like it helped us get some of the content to you faster than just waiting to place up a full article. That and to help cover some smaller video games that most of us would normally never hear about and see fall behind in the mix. If you like that kind of stuff on the site, let us know so we can try to focus a bit more on that. If not, then feel free to subscribe to the channel to see it all there.