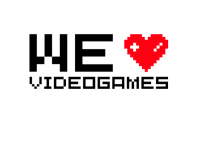 It may have been another short week here, but there were so many fun things in video games out there. Even if it was a lot of the same things over and over, it was nice to get to see and hear these updates. Not to mention the news that Biomutant was still going to be a thing and that we have part of Hellpoint out there to enjoy. All of the cool DOOM Eternal footage and Final Fantasy VII Remake stuff was also a nice little treat. Not the most over the top week in video games, but a solid one to say the least.

This will all, hopefully, pave the way for another big week in video games next week. Not that we know of much else going on besides PAX East, if it still happens, but there should be a load of new info out there. Maybe we will get some cool looks at some hidden gems or items that we have been waiting to hear anything else about for a while now. It could also be another silent week in video games and we are sitting on our controllers and keyboards yet again. We will see and we will bring you all what we can.