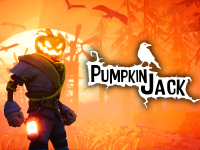 A new 3D platformer, Pumpkin Jack, is announced and bringing us back to some classic style gameplay and with the titular Pumpkin Jack saving the day

We have had some great 3D Platforming titles as of late and now we have another one entering in the ring with Pumpkin Jack. Not to be confused with the other one that has a close name to that and owned by another company. I am sure that Headup Games did their research before giving the green light on this one but it is what it is. Moving past that, Pumpkin Jack is a new 3D platformer that is in the same vein of MediEvil and Jack & Daxter that is heading to the PS4, Xbox One, Switch, and PC this coming Q4. Right around that fabled Holiday Season all of the other stuff is coming. Although this one does look like it would fit perfectly for the Halloween season more than that.

Moving along, we have a trailer filled with gameplay to show off how Pumpkin Jack will differ from the other titles listed there but still give us the parts we loved about it all. All while we help Jack here reclaim the Boredom Kingdom from the Devil. All with the colorful and fun setting of it all and using his head in various ways outside of just fighting. There is not much more context to Pumpkin Jack besides that and with little narration in the following trailer, it is hard to get the full picture. We just get to know it is coming and have all the basics that come with these kinds of announcements. Have a look and see if it is going to be along your line of titles to love.

We are thrilled to announce that the comically creepy 3D platformer from developer Nicolas Meyssonnier, Pumpkin Jack, will make its way to PC and consoles in Q4 2020!

Fans of games like MediEvil and Jak And Daxter will enjoy engaging in an epic battle of evil against good as you jump, dodge, and carve your way through challenging enemies and daunting puzzles. The use of Unreal Engine grants for gorgeously rendered and gruesomely colorful landscapes.

The peaceful Boredom Kingdom, with its happy citizens, monotonous calm… and adorable little bunnies have sent the Devil himself into a flying rage! With dreams of turmoil, torture, and bloodshed on his mind, he unleashed the dreadful Curse of the Eternal Night upon the land. Not in love with the idea of a change in their peaceful lifestyle, the humans summon their savior — a mighty wizard with the power to put an end to the evil curse.

In order to stop these party crashers from ruining his fun, the Devil summons the spirit of Jack, the Pumpkin Lord, to fight against the wizard’s army of beasts and destroy the killjoy wizard! You, as Jack, will be tearing your way through fright-filled levels as you punish those who dared defy your master!

What are you thinking about Pumpkin Jack based on all of this and will it scratch that itch for not having more of those other titles now? Do you think that the name might change a bit as we get closer to launch or will it carry over without issue? Do you even care and just want to have this fun looking platformer in your list of titles completed? Let us know all of that and more down in the comments and keep the discussion going. When we have more for Pumpkin Jack, we will share it all here. All you have to do is stay tuned to catch it all.