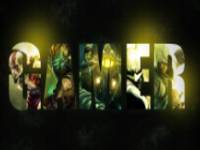 There were a lot of video games that came out in 2018 and we tried to review as many video games as we could. Here’s a recap of them all

The year is finally over and there were a lot of great video games that came out. There were also a lot of shitty ones in the mix as well. Just like every year, there were all over the place and we had a chance to give a good chunk of them all a play and thus a review. Hells, we even had more indie-based video games mixed in to add an extra level of interest here. It, of course, is not a list of all video games that came out this year but it is a list of what we had to experience over here in our little part of the world. We also needed a nice obligatory post about it all as that is just how it seems to be needed.

It was a huge year for video games here with so many major titles releasing as well as sequels in some epic stories. The biggest, for me at least, had to be God Of War, but that is not to discount the multiple Assassin’s Creed titles mixed in as well. It was also weirdly a huge year for Vampires too, but that seems to run the cycle just as Zombies. I just want to see more games like Mutant Year Zero and Pathfinder out there in 2019. Or at least video games that reach the heights of Red Dead Redemption 2 did this year. That is still an ongoing review for us here with how large it is.

All that said, here's a list of all of our reviews over the last year for you to look at and hopefully find some new video games to play as we wait for more in the next year. We don't use a standard numbered rating system here, so I encourage you to read through and enjoy the reviews that pique your interest. Until next year. Happy Gaming!