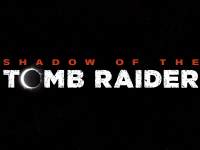 The next title in the ever-growing Tomb Raider franchise is finally here and taking us further into the world and iconic character many have fallen in love with. Things have been shaken up over the years for the franchise, but Eidos-Montréal is back to continue her saga as well as offer up new and improved gameplay for the franchise. That is at least the promise on the outside, but we were lucky enough to get a look at things on the inside. Get ready, as it is time for us to dive in and give you our review for Shadow Of The Tomb Raider so you can see if it is worth taking up some of your days.

It has been about two months after the events of Rise Of The Tomb Raider and Lara is still out there trying to find lost relics and enact revenge on Trinity for killing her father. To go even further, she has learned that they are out to snag up a mystical knife that could spark the end times and allow Trinity to reshape the world as they see fit. Lara cannot just sit by and let that happen, so she is off to raid some tombs and kill some bad guys. All while not trying to kick start the end of the world at the same time… If there was one thing I was looking forward to in Shadow Of The Tomb Raider, it had to be the continuation of the story that has been recrafted since the relaunch of the franchise back in 2013. They originally took a power fantasy of just gameplay and gave it a lot of depth and feeling to go along with all the raiding of tombs and survival the character had to go through. Something I will admit the opening act of Shadow Of The Tomb Raider did here. Sadly, it seemed to fall flat and boil into something a little less exciting and more background noise as it just did not seem to fit. Not with the game, but with the theme everything was building toward. Maybe this is due to the development teams changing over since the last title, but it did not seem to flow or truly build on itself. At least not for me.

Story aside, as that does not always make a good game, we will have to take a look at a few of the new elements added into Shadow Of The Tomb Raider. One of them being the new mission hub set up that offered up more quests and challenges along the way. It feels odd to complain that there was too much game in a video game, but when it boils down to fetch quests and basic grind stuff, it does not truly add on to the game. It did not even seem to fit into the overall theme of the story to try to make sense that way. They all felt to be there to just pad the runtime of the game and offered up little in value when all was said and done. Thankfully, they are all option in Shadow Of The Tomb Raider, but it will be a nagging thing in the back of your head if you are true completionist.

Lastly, and this one truly hurts, has to come down to the new use of environmental hazards in Shadow Of The Tomb Raider as an added bit of realism as well as danger to the game. This was something I spoke to Eidos-Montréal a few times on as the game's locale would lend itself to having things mixed in. Things like piranha or eels as we have seen in other gameplay trailers. They do add in a bit to the game, but they also happen to be one of the other big annoyances in the game on how they are used. They are less of a realism aspect for Tomb Raider here, but used as a stealth gameplay mechanic while underwater. As if trying to navigate an underwater maze with limited breath was not enough, they had to introduce instant-death stealth mechanics. Some of which at a point in the game where you have yet to unlock any skills that can help. I get the concept behind it, but it was things like this that ended up detracting from the fun of the game. If there has been one thing that the Tomb Raider franchise has done since its earliest of days, it has been improving the look and feel of the game's world with each new iteration. They have truly done that yet again as the landscapes and cityscapes of the game are lush and full of life to a point where one would expect to see it all. Mix that in with some rather well-done level and area layouts, and it does feel like a living and breathing world Lara is in instead of moving from tomb to tomb. Even when you look at the fact that Shadow Of The Tomb Raider's progression is still mainly a linear one, it never feels that way as Eidos-Montréal did an amazing job to make it all feel as open as we would want, but still press forward in the manner a video game needs us too. It is not until you step back and take a hard look that you see you were always forced down a specific path and you tricked yourself into thinking you had options. All in the best of ways.

Another par that I was unsure of on how it would be done in Shadow Of The Tomb Raider, is the fact that you never feel like you are going backward in progression; specifically on the character advancement side of things. It was a worry of mine as we already brought Lara to place at the end of Rise that it would feel 'off' to have her forget everything she already knew just for gameplay sake. In Shadow here, you start out feeling like you did at the end of the last one but then realize that some of the life skills do not match the new environment. This is where the progression comes back in and still leave Lara feeling like a badass but still vulnerable enough to still need to learn new things. She still has room to grow and this carries over into the gameplay as well. Most of what I had achieved from before was still there in Shadow Of The Tomb Raider, but did not fit the situation. It was a great use of everything and made you want to carry on to perfect her further.

To round it all out, there is also a nice focus on stealth in Shadow Of The Tomb Raider instead of the run and gun gameplay we may have been used to in the past. At least that is how I always was used to it. While still an option in this game, it is definitely easier to go at the game as she is a one-woman army taking on an ultimate enemy. Tactics need to be used and Shadow Of The Tomb Raider offers them up and handles them well. All to the point where I wanted to use them more than needed to use them as it was much more fun to go the stealth route for me. I even found at times I would shirk the prompted suggestions to go about things my own way because it was fun and not the easier option. Which is odd in a game that is not supposed to be about pure stealth as many other titles out there already are. I will say Shadow Of The Tomb Raider is a great addition to the franchise in terms of gameplay, look, and style. The world feels lush, full, and never shows the signs of being forced down a specific path even when you are. It offers up some great challenges, even though some should be reworked, and ultimately leaves you feeling satisfied and like another true version of Lara Croft. For that I would say give it a go and pick it up. If you are looking to Shadow Of The Tomb Raider to carry the great story already set up and moving forward to the future, you may want to lower some expectations as it never really meshed with me after the first hour or two and began to feel a little messy. It never impeded the fun of the actual gameplay so take all of that as you will when you figure out if you should shell out for the game.

Shadow Of The Tomb Raider was developed by Eidos-Montréal and published by Square Enix for the PS4, Xbox One, and PC on September 14th, 2018. A PS4 copy of the game was provided by the publisher for reviewing purposes.