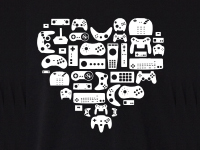 We have finally recouped a bit from the epic week of SDCC and had a lot to catch up on the video games front. Not only from the event but also from all the stuff that fell through the cracks due to the team being on the ground. That means we were able to come back and see new stuff for Borderlands 3 and Blair Witch. All in time for the release of Wolfenstein: Youngblood while giving out our thoughts on Doctor Who VR and Iron Man VR. So many video games to see and talk about yet again.

That all said, it is back to the normal grind for all of the video games out there. We even have a whole slew of titles in the review chamber as well that we will start to flow out now. Some new and some old but still video games that you will want to hear about. Maybe you have been holding off on things until now and we will give you all the fun. At least if you are still excited and interested to keep around here for it all. We will let you go for the recap now.