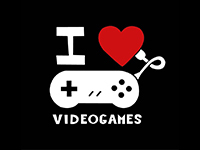 Games, games, and more games has been the huge theme for the last few weeks. Not just in news but in video game releases. Hells, this week we had yet another two reviews (Adventure Time: The Secret Of The Nameless Kingdom and Escape Dead Island) and we have more to come. Just think what is going to happen here in a few weeks when we get all of the news out of the PlayStation Experience and The Game Awards. Only two weeks to go until we get all of that heaped into our eyes and thus our grey matter. I can't wait.

Speaking of The Game Awards, we had the nominees and all the categories announced this week and ready for you to look at, accept, and then bitch about. That is what the internet is for after all. You can also talk about how Dying Light got snubbed for anticipated title but Evolve made the cut. Both were heavy in the news this week for video games so it makes little sense but then again we are not one those hoity-toity outlets that have our opinions really matter on the video game industry yet. Key word there is yet.

You can help us get there though by digging into all of the following news and reviews we have for video games. Then you can spread the word and let everyone know we are real gamers writing for real gamers and not some paid jack off who is then again paid to tell us what to think. Real it in there Hades… None the less happy gaming and spread the word.