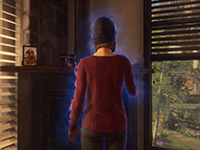 One of the other titles out there that felt like it was getting some solid presence during the digital E3 this year had to be Life Is Strange: True Colors. It had its own little highlight during the Square Enix event and then Deck Nine Games had the announcement that it was going to be hitting the Switch when it launches out there on September 10th for all of the other platforms too. All alongside the announcement that the Life Is Strange remaster would be doing the same too. It might have all be brushed aside in the mix of all of the other big bits of news out there, but we saw it and now you are getting those updates here. Also, with a new look at the game and the powers we will be manipulating in there too with the latest trailer that dropped in the mix of it all as well.

As you will see in the latest video here for Life Is Strange: True Colors, Alex will have more than just the ability to read the emotions of other characters in the world. Alex will be able to draw upon them to open up new dialog options in the game and these new paths for us to go down while playing through the story. There will also be some mechanics that will alter the physical world based on these emotions and the ability for Alex to take them all in too. I am not sure how that will change anything in the game that is not a scripted event, but this is a Life Is Strange story, so it should have some form of impact on the gameplay too. I know I would like to know how this will alter Alex and if we take in too much rage, will that derail the investigation along the way? Somehow it is supposed to all help figure out how Alex's brother died but I am not seeing how this rage monster would be able to help. Have a look and see if it makes more sense to you.

Brought to life through full performance capture by rising talent Erika Mori, players will navigate Haven Springs as Alex Chen, a young woman who has long suppressed her 'curse': the psychic power of Empathy, a supernatural ability that allows her to experience, absorb and influence the strong emotions of others - which she sees as blazing, colored auras.

When her brother dies, in a suspicious accident, Alex must at last embrace her volatile power to find the truth, and uncover the dark secrets buried by a small town. Alex Chen’s journey, power, and future are all fully under the player’s control.

The psychic power of Empathy affects every interaction and relationship Alex has in the game and is fully under the player’s control. Use it to reveal the secrets of Haven Springs, the hidden facets of Alex’s past, and the future of her journey to find a place to call home.

Do you suspect that this will play out the same as we have seen in the past Life Is Strange games or will it deviate based on how the new powers work? Could we take in all of the emotions out there along the way or will it only be very specific instances? If we do not use the powers at all, will the story just play in a linear manner or will we have the options even without reading other's emotions? Let us all know your thoughts on this and more down in the comments and then feel free to discuss it all. When there is more to share for Life Is Strange: True Colors, it will be on the site for you. Just be sure to keep checking back in for all of that and much more. We still have a way to go, so there should be a whole lot more to work with.