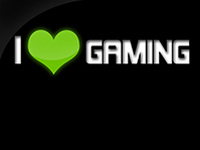 There we go with one more week of video games in the bag. As it seems every week for quite some time now, it too was a pretty solid week in news and updates for us over here. We had a massive drop of information for Injustice 2, a lot more gameplay for Prey and Outlast 2, and then there was the plethora of reviews again with Bulletstorm getting into the mix there. These were only a small taste of the video games we had a chance to get to as well, but that is how these weeks seem to usually go. I won't complain as it was still a pretty solid week at the end of it all.

There are a lot of video games getting some updates and tidbits over the weekend here so we know next week should start off with a huge blast. That's also if we ignore all of the upcoming releases that will be out in the coming weeks and we can look to getting more of those reviewed and out there for you. There are a lot of video games about to be launched so keep an eye out for all that. Hopefully we won't disappoint you with what we have to bring you. We try and hopefully succeed.