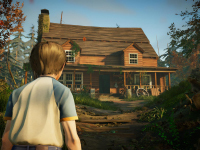 Those that have felt like they have been missing out on Alfred Hitchcock — Vertigo with it primarily only on the PC, get ready to enter into the story this coming October. It has been a bit of time after Pendulo Studios has had it out there and here we go with the PS4, PS5, Xbox One, Xbox Series X|S, and Switch to get the game. Alfred Hitchcock — Vertigo is now slated to hit those platforms now on October 4th for those in the North American region and September 27th if you happen to be in Europe. All of which will be here for the digital and physical forms that you could have hoped for to dive into all of this once more.

Speaking of all of that, there will be a limited edition at this time for Alfred Hitchcock — Vertigo coming out there. This version will be hitting the consoles out there and will house not only the game but a 48-page art book and the original soundtrack to listen to as well. Just a bit more for those that want to dive deeper into all of the makings of Vertigo there and give the full game a spin too. Have a look at some of the latest accolades for the game out there and then get ready to pre-order this new version if you do not want to just hit it up on your PC right now. You now have all of the choices for this game that will also be all about choice.

Microids is pleased to announce today the release dates for the console versions of the latest narrative adventure game from Pendulo Studios, Alfred Hitchcock — Vertigo. The game will launch on PlayStation 5, PlayStation 4, Xbox One, Xbox Series X|S, and Nintendo Switch on September 27th in Europe and October 4th in North America. The console versions will also be available in retail! Loosely based on the famous director's movie of the same name, the game presents itself as a narrative experience and is already available on PC (Steam, GOG, Epic Games Store).

Alfred Hitchcock — Vertigo tells the troubled story of Ed Miller, a writer who escaped unscathed from a car crash in the Brody Canyon, California. Even though no one was found inside the car wreckage, Ed insists that he was traveling with his wife and daughter. Traumatized by this event, he begins to suffer from severe vertigo. As he starts therapy, he will try to uncover what really happened on that tragic day.

Did you get in on Vertigo when it first dropped or were you holding out for this upcoming console release? Do you think these new little extras will be worth the extra charge or do you even care about how this sausage was made? Where do you think this will take the studios out there with the next release of things to come? Tell us all down in the comments what you are thinking and then feel free to discuss it all as you so wish. If there is anything more to update for Alfred Hitchcock — Vertigo, it will certainly be here on the site for you. Please keep checking back in for all of that and much, much more.