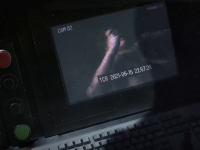 Those that have been hoping to see more Resident Evil get mixed into their Dead By Daylight again, this is going to be your year. Last year you had a chance to see Jill, Leon, and Nemesis added in with Behaviour and Capcom teaming up. It has just been announced that we are going to see this team-up one more time this year with more coming to Dead By Daylight beyond what we had before. All with a whole new chapter to experience in the mix of it all too. Even if some of us would like to have our own standalone titles for it all instead of just a collaboration. We will just need to take what we can get, though.

All of that is nice, but just who or what will be seeing come back into Dead By Daylight? Well, that is still a little bit of a mystery for us all right now. We will be getting a new Killer for the game and more survivors as we normally do. Given that it is called Project W, it could be something new for us all with the Resident Evil term not linked to anything specific beyond the reason Wesker was using the Progenitor virus out there. It could also mean that we could see Wesker show up directly in Dead By Daylight with various other characters out there to help end that. I guess we will see here soon or some time this year.

In June of 2021, Behaviour Interactive teamed up with Capcom to bring Nemesis, Jill Valentine, and Leon S. Kennedy to Dead By Daylight. Now, we’re thrilled to announce that Resident Evil is coming to The Fog for a new additional Chapter, featuring more iconic characters from the legendary horror franchise.

Dead By Daylight is a multiplayer action/horror game where one player takes on the role of a brutal killer and the other four play as Survivors. As a Killer, your goal is to sacrifice as many Survivors as possible. As Survivors your goal is to work together to evade, escape, and most importantly – stay alive.

Have you been hoping to get more Resident Evil mixed into your Dead By Daylight or do you still want more original content? Do you think this will bring us Wesker specifically or will it be something vastly different when it comes? Will we be able to play all of the RE characters this time around or is that a pipedream at this point? Give us all of that feedback down in the comments and then feel free to discuss it all. As with all things Dead By Daylight, we will keep sharing it all here as we get it. All you need to do is keep checking in for all of that and everything else we have to offer up.