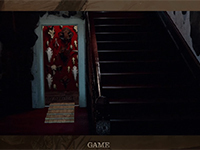 It has been a bit of time since we have heard anything out of Sumo Nottingham and Gun Interactive in regards to their upcoming Texas Chain Saw title. It was a surprise announcement at the end of last year, then more or less, nothing else has come out of the teams. Most likely, this is due to them focusing in on making The Texas Chain Saw Massacre game. All of which looks like it is paying off with the latest we have that shows off the visuals we can expect to see in the game. Visuals that almost look as if they were pulled from the film it is all based on. Now we just get to wonder if it is all coming from the PS5, Xbox Series X|S, or PC version of it all.

For those that are not fully up on the classic looks from The Texas Chain Saw Massacre, the new video showcase we have to look at does a great side-by-side comparison of the game and the film. Some of the classic and iconic scenes look like they have been faithfully reproduced here with a few of the more basic shots given to us all too. In some instances, the game looks much better here but is also completely spot-on for it all. There is no indication if this will be how the final look and feel of the game will be here for The Texas Chain Saw Massacre, but it is a solid step. Not to mention a great way to look at it all, since we will most likely be too often running for our lives or stalking each other to be able to take full appreciation by fans. Have a look now.

Check out this official trailer from Gun Interactive’s upcoming game based on the classic 1974 horror film The Texas Chain Saw Massacre, in which the developers show off how faithfully they’ve recreated various locations from the movie.

The developers said, “We’ve made a focused effort to ensure that what our players see is the closest representation possible to what Tobe Hooper and Kim Henkel brought to viewers on the big screen, and then we expand upon the world in a way that honors and builds on what already exists. We are giving our players the experience of what it would be like for them to step into the shoes of one of the Slaughter family or their victims and see how they would fare in horrifying situations that are every bit as compelling and entertaining a story as what happened to Sally and her friends in the original film.”

How close to the original look of The Texas Chain Saw Massacre did you expect to get for this game and are you surprised by how accurate it is? Do you think the majority of the game will be set up like this or will there be more artistic license used for the rest of the game? Do you think many will even notice this level of detail once the game is live or will it go missed by so many that have not been huge horror fans up to now? Tell us all of our thoughts on this down in the comments and then feel free to discuss it all as you so wish to do. More for The Texas Chain Saw Massacre will be on the way as soon as we get it, so keep a close eye on the site and our social accounts for all of that and much, much more.