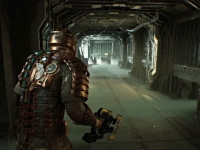 We were all promised something big for the Dead Space Remake this week, and now we have it here. In fact, we have a few big things to talk about here for the remake with the first being that Motive Studios is aiming for an Early 2023 release for the game. With any luck, that means we should see it all in the next year or so. The second bit being a new showcasing of the audio design and tech that has been put into this new version of the game to help make it stand out vastly further than the original Dead Space. We will be focusing on the latter since there is a bit more substance than an ambiguous release window.

Diving right into it all, and you should get your headphones out for all of this, the audio design for the Dead Space Remake is getting a massive overhaul. Not too shocking but worth noting. Things like Isaac's breathing and other conditions will play a larger role and have a level of AI to mix them together depending on the situation of it all. This is something that the original Dead Space had in there, but it was very basic and could lead to some instances where Isaac recovered breath and pain threshold just because he needed to speak. This is all going to be taken into account and have various dialogs play to better immerse us in the horrors of this universe.

Then we have the environments of the Dead Space Remake and how the team will be taking more time to properly occlude audio in the game's world. Heavy doors and walls will now truly block audio while it realistically travels around the halls and rooms for us. Not only that, but things like windows, distance, and height will play a part in how the audio flows too. This will not only help with the immersion but also how we detect and follow some of the enemies and clues in Dead Space once more. All so we can have those heightened states of panic as Isaac does so we fire wildly until we can regain our composure.

In this segment, Senior VO Designer Terry Calico, discusses The A.L.I.V.E. System, which controls Isaac’s heart rate, breathing, and dialogue. Isaac’s responses help create the mysterious and dreadful ambiance of Dead Space, and in this video, you’ll find out how the team is bringing this experience forward and refining it to a new level.

In this segment, Lead Sound Designer and Lead Audio Tech Jean-Francois Tremblay will give you insight into the technical improvements made specifically to the occlusion and obstruction audio effects. This system aims to provide players with an unparalleled audio experience by creating a sense of realistic audio projection. Learn about how these updates will allow for more accurate sound positioning and distance attenuation and filtering, which you’ll hear for yourself as Technical Sound Designer Mike Dominiuk and Senior Programmer Diego Merayo Merayo take you through examples from the original and remake.

In addition to the above, the Dead Space Remake will also be using a bit of layering to the audio for elements in the game now. This way things can fire off, pun intended, as they truly would in the world when using things like the Plasma Cutter. Some bits of audio will function differently and bounce differently so instead of just having one flat sound we will have various ones that could echo and drop depending. It is harder to explain in words, but that is why we have more of this Dead Space Remake fun to look at and listen to just below. Have a watch and listen while wearing those headphones. It does truly help get the best effect for it all.

In this segment, Technical Audio Artist Mike Dominiuk, discusses weapon sound design, including examples of updates to the Plasma Cutter and Pulse Rifle. The goal is to bring the audio quality of the iconic weapons you know and love from the first Dead Space game up to a modern level. Find out how the team is using additional layered elements to make sure every shot sounds impactful.

In this segment, Motive Studios showcases the first look at what the current developer build looks and sounds like with some of our new audio and tech improvements in the Dead Space Remake.

Do you think all of this will play when in the Dead Space Remake or will it be missed by so many gamers panicking in the game? How creepy do you think it will be now that we can use more realistic audio tracking in the game or will that just build to the environments in general? Can you hear all of the differences for the Plasma Cutter or did it all blend too much to make a true difference for you? Let us all know down in the comments and then feel free to discuss it all as you wish. We will share all that we can for the Dead Space Remake, so please keep checking in so you do not miss out on a single bit.