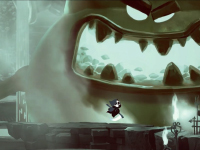 Have A Nice Death

Death is almost ready to show everyone who is the boss out there, as Have A Nice Death is on its way to an Early Access right now. It may not be the full and final version of the game that Magic Design Studios wants us to enjoy on the PC, but it is a version that you can get your hands on as of now. Then you will be able to see if Have A Nice Death will be putting its money where its mouth is and if Gearbox Publishing will have yet another hit under their belt. It kind of feels like a win all around if things go smoothly and this new Early Access wins over all of the hearts and minds of the gamers out there.

Those that are still on the fence or have not heard of Have A Nice Death, you can have a look at the game just a bit lower down and see where the game is right now. It is a 2D action game with some Rogue-Lite elements mixed in. All while we take on the role of Death as the task is set forth to bring all of the executives of Death Inc. back in line. They are mucking things up and we need to get the afterlife back on track. To do so, we will have to reap all that we sow in Have A Nice Death to collect all of the unique weapons and spells in the game and overcome all of the paperwork that comes along with it. All with the fun hand-drawn style many of come to love over the years. Have a look now.

Have A Nice Death is a hand-drawn 2D Action Rogue-Lite where you play as Death, Founder, and CEO of Death Incorporated—a sprawling corporate empire that processes souls for the afterlife—who currently finds himself teetering on the edge of burnout. His top executives, the Sorrows, have been running rampant on Earth’s surface, blatantly ignoring company protocols, leaving him buried in an underworld-sized mountain of paperwork. Now, in order to regain control of his company and soul-ply chain, as well as secure a much-needed vacation, he will need to traverse the various departments of Death Incorporated and remind his unruly subordinates who’s boss.

Will you be getting in on the Early Access for Have A Nice Death or will you wait for the full release down the line? Does this trailer make it look like it is close to completion already or will we only have a few levels to test the waters for now? How many times will you be willing to die with Death here before you move on or will that be part of the game's charm? Tell us all of those thoughts down in the comments and then feel free to discuss it all. More for Have A Nice Death will be on the way and we will have it all here for you. Please keep checking back in for all of that and much more as we head on towards the game's full launch.