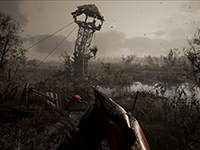 Put one more delay on the board, as we have to wait a bit longer for S.T.A.L.K.E.R. 2 to hit the PC and Xbox Series X|S now. Even though GSC Game World would like to have brought the game to us this coming April, it looks like there were a few issues and there needs to be a dreaded delay out there. A delay that will now place S.T.A.L.K.E.R. 2 on the release schedule for December 8th of this year. Yes, a whole seven months more of wait and hoping to see something massive from this title before launch. It is always sad to hear, but it is what it is and now we just have to settle in for it all.

Unlike many other delays we have had as of late, though, this one for S.T.A.L.K.E.R. 2 does seem to go back to the norm that it was before the easy excuse was COVID-19. It looks like the team just was not happy with the current state of the game and opted to take more time to make sure we are getting the best version of it when it does launch. It is something that should be the norm for all video games out there so we do not fall victim to the over-hype of a game forcing it to launch and not be worth the time or money put in. I am always more than willing to wait just a bit longer for a new S.T.A.L.K.E.R. title if it is going to be as polished as possible. Here is the official announcement of the delay.

Did you have your heart set on playing S.T.A.L.K.E.R. 2 in April or was it only a small blip on the radar and now happy to have a new title to play over the holidays again? Do you think it will be delayed again or will this be the last time we see it pushed out? What part of the game, specifically, do you think they were not good with or could this just have been minor bugs to be ironed out? Let everyone out there know what you are thinking down in the comments and then feel free to discuss it all. More for S.T.A.L.K.E.R. 2 has to be on the way, and we will have it all here for you when it is. Just keep a close eye on the site for all of that and much more.