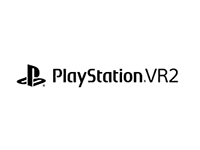 During CES 2022, the PSVR 2 was officially moved from speculation to the next-gen tech that some thought the PSVR 2 would be

Here we go as we all start to step into the next wave of the future with the announcement for the PlayStation VR2. Not the catchiest of names to have out there, but it did catch eyes out at CES 2022 with the official announcement that it is coming. No more will the PSVR 2 be listed as a possibility based on closed-door patents and murmurs. Even if it has not been physically shown yet, the PSVR 2 is now listed as in the works and with it, we already had one title announced for it. You can look to the Horizon Call Of The Mountain titles that we had to show you already. The tech is heading forward now and maybe it will be just what sparks more of the VR craze some have been hoping for.

As mentioned, the PSVR 2 has yet to be shown in the plastic and metal as of yet, but we have a few more of the specs and a tease for the Sense Controllers that will be out with the system. All of which feels a bit closer to the Oculus Rift currently but with eye-tracking and haptic feedback added into the whole system. Nothing was specifically declared for the PSVR 2 on this front, but it was mentioned that we could have the same vibrations that the DuelSense already gives us. That could lead to some fun and interesting developments for the unit and gaming in general. Add in the 110° field of view, 2000x 2040 resolution per eye, and 120Hz refresh rates and we could have a true spectacle in our mix. With any luck, it will be out there in the next holiday cycle, but I am guessing we are still a bit off from that news.

The PSVR 2 headset will feature 4K HDR and an expanded field of view. PSVR 2 will also make use of eye-tracking and haptic feedback technology. In addition, the presentation revealed the name of Sony's next-gen VR controllers: the PlayStation VR2 Sense Controllers.

Are you excited to finally see that the PSVR 2 will be a real thing or are you still trying to get life out of the current system? Do you think it will function closer to the higher-end PC headsets or could it leave them behind? Could we see the PSVR 2 hitting homes during the next holiday cycle or will it be another year beyond that? Give us all of that feedback and much more down in the comments and then feel free to discuss it all. There will be more for the PlayStation VR2, and we will have it all here. Please just keep checking back in for all of that and everything else that we will have to offer up.