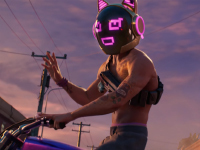 The Saints are back once more with the announcement that Saints Row is coming fresh from gamescom this year. This mean it is time to let some of the confusion in with the naming convention here as it is not a remake or remaster of the original from Volition, but a new title in the growing line that Deep Silver is putting out there. Naming aside, though, we are getting a new Saints Row now on the PS4, PS5, Xbox One, Xbox Series X, and PC and will only have to wait until February 25th for it to launch. That is as of right now and hoping that there will not be anything that delays the game out beyond that. I have faith and so should we all.

That is a bit to take in for those Saints Row fans out there, but we do have a little more. A nice long cinematic trailer to show off what we might need to expect in the game here. The core gameplay is coming back, even if it is not shown here, and we also are going to get to see how the crew became self made over their time in Santo Ileso. All while trying to start up their "business" and taking on the variety of new gangs that are on the streets out there and causing all kinds of difficulties. If there is one thing for certain, it is going to be a high-paced and over-the-top experience that we have been waiting for ever since Gat Out Of Hell. Okay, maybe that is me here…

Saints Row arrives on February 25, 2022. Witness the birth of the Saints.

In a world rife with crime, where lawless factions fight for power, a group of young friends embark on their own criminal venture, as they rise to the top in their bid to become Self Made.

Experience the biggest and best Saints Row playground ever created; the unique sprawling world of Santo Ileso is the backdrop for a wild, larger-than-life sandbox of thrilling side hustles, criminal ventures, and blockbuster missions, as you shoot, drive, and wingsuit your way to the top.

As the future Boss, with Neenah, Kevin, and Eli by your side, you’ll form The Saints – and take on Los Panteros, The Idols, and Marshall as you build your empire across the streets of Santo Ileso and battle for control of the city. Ultimately Saints Row is the story of a start-up company, it’s just that the business The Saints are in happens to be crime.

Pre-Order Now to receive the Idols Anarchy Pack and more.

Did you expect to see a new Saints Row title out of this year's convention or did you think it was going to need to be held out longer? Do you want to see where The Saints got their start and would it have been too difficult to carry the IP forward after where it left off? What new features do you think we will get added into the game here to expand on what we had from before? Let those thoughts pour out there down in the comments and then feel free to discuss it all. If there is more for Saints Row, and we know there will be, it will be added onto the site for all of you to watch and enjoy. Just keep a close eye out for all of that and everything else that we have to offer up.