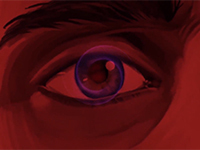 One more classic film is getting the video game treatment with the announcement of Alfred Hitchcock — Vertigo that we have here now. A new title coming out of Pendulo Studios and Microids for the PS4, PS5, Xbox One, Xbox Series X, Switch, and PC at some point during this year here. As the name dictates, it will follow some of the story from the film version of Vertigo in some form of inspiration of it all. So do not expect to see a shot for shot remake of the film for this game, but something more along the lines of just using the mental aspects of it all to direct it all down a path. This makes it sound a bit weird to only take the inspiration from it all but still name it after the source to me. I just hope it all works as planned when the time does come.

In this version of Vertigo, it looks like we will have the chance to investigate the game from three different character perspectives. It also looks like actions and choices in the narrative will alter and form the timeline of the game too. Especially with the sound of there being different timelines and realities we will get to watch play out here. I am not sure how I still all feel about this, but it does not mean that Vertigo is not going to be hitting us all. Have a look at the following tease to see the basics that we have to run on and then get ready to wait for something that could show off some actual gameplay. Maybe in the next week or so that we will have it during the virtual E3.

Alfred Hitchcock — Vertigo is a narrative and adventure game, freely inspired by the movie masterpiece directed by Alfred Hitchcock. Immerse yourself in a psychological thriller of a new kind, playing with the limits between reality and fantasy.

Was Vertigo a title that you would have expected to see get the video game treatment or do you think that we will see more of this with the lack of chance many publishers are willing to take? Do you think it will follow more of the story beats from the source or will it be some kind of inspiration with the same name here? What other film out there do you think we will see get the game treatment as the new ideas seem to fade away? Let us all know down in the comments what you are thinking and then feel free to discuss it all. If there is more for Alfred Hitchcock — Vertigo, we will aim to share it all here. Just be sure to keep checking back for all of that and much more.