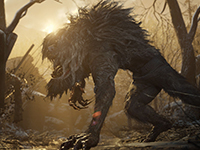 Fresh after the Resident Evil Showcase, we have new gameplay and modes announced for Resident Evil Village when it launches for us all

It has been a little bit of time since the most recent Resident Evil Showcase we had last week, but we needed a bit to be able to take in everything that seemed to have dropped out of all of that. There was quite a bit and still much more that Capcom has under wraps until the May 7th release date but that does not mean we do not have a whole lot more to dive into. We just received a whole lot of new gameplay and story elements for Resident Evil Village and the various little spin-offs from that and we have word of a classic mode making its way back into it all. All while confirming something else from the story that had been laid out as a rumor or a misunderstanding of things. It does look like we will have other various supernatural beasts in the mix one more time here.

So, right out the gate for Resident Evil Village, we have official confirmation that there will be Lycans of some kind in the game. There would be little reason for this to be called out in the script if it was not. That and we finally see what they are referring to when it comes to these werewolves instead of extrapolating based on the very feral-looking "zombies" we had before. They seem to be two different things with one being confused for the other during the "leak" periods. No matter the case, it does look like Resident Evil is going down a supernatural and folklore-based story here while keeping Umbrella in the loop as needed. My guess is that we will see some crossover between it all and try to explain away some of the weird science stuff the games have used in the past. Take a look at the new trailer that still does not seem to spoil all that much for those trying to go in fresh.

How far would you go to save someone you love? After having everything taken from him, Ethan Winters is not only fighting for survival, but fighting to find his kidnapped daughter.

While that is nice and all, it looks like we have the full reveal and explanation to the classic Resident Evil mode making its way back in here. This would be with the showcasing of The Mercenaries making a splash once again. All because some gamers out there like to have their faster and action-based gameplay in their Resident Evil for some reason. Something that was slammed on in RE5 and RE6, but if we package it as an extra mode and not just the basic gameplay it is all forgotten. I will never understand how the human mind works when it comes to these little things, but this mode is back to give us that style of gameplay while mixing in some new upgrade and perk options to help us along the way before each match. Maybe this will play into the larger game in some aspect, but I truly do not see that happening again.

Extra game mode “The Mercenaries” makes a return to Resident Evil Village! See how this fan-favorite game mode has evolved.

Are you glad to see these action elements coming back into the Resident Evil space or would you rather it all be the thrilling survival horror along the way? Did you have your heart always set on werewolves and vampires being the bigger threat here or do you still want it to all be science-based a bit more? Will this be more than a fever dream for Ethan and will they stay away from all of this being in his head while Chris and Umbrella pump him for everything after RE7? Give us all of that feedback down in the comments and then feel free to discuss it all as you wish. If we have more for Resident Evil Village, we will share it all here with you. Keep checking back for all of that and everything else that we might find out there for the game now.