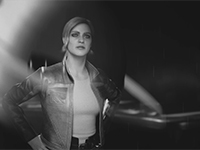 The second and final DLC for The Outer Worlds is now coming to us soon and it is much sooner than this posting might allude to. That is, normally we see some build-up for this kind of release from Obsidian Entertainment and now we are just here to know when it is coming. Without much more on our end, you can now expect to see this new DLC for The Outer Worlds to land on all of the platforms on March 17th. Yes, it is going to be that soon with such little to go one before now in terms of keeping us all enthralled. Well, outside of playing the amazing title and all it has had to offer up to now in the first place. So… there is that.

While it does feel like it came out of nowhere to us over here, there are some interesting things to take in for this final narrative DLC for The Outer Worlds. As the name implies, there has been a murder and it is that of Halcyon Helen. It is our goal to figure out who and how it all went down in the same over-the-top style we have in the game and maybe a little bit of the noire setting if this opening cinematic has anything to say about it. I have a feeling this is just the way to introduce us to the whole thing in The Outer Worlds and it will be ditched for the core gameplay but we will see. Thankfully, we only have a week until that needs to go down and we will be all the way in there shortly. Have a look and get ready for its coming launch.

The Outer Worlds — Murder On Eridanos

The Outer Worlds: Murder On Eridanos is coming March 17, 2021 to PC, Xbox, and PlayStation. This is the second narrative expansion to the critically acclaimed and award-winning sci-fi RPG from Obsidian Entertainment and Private Division.

Venture to the skies of Eridanos and unravel the grandest murder mystery in the Halcyon colony! Everyone is a suspect in this peculiar whodunit after Rizzo’s hired spokesperson, the famous Halcyon Helen, winds up dead ahead of the release of the brand-new Spectrum Brown Vodka. Alongside your companions, travel across the floating islands of Eridanos and piece together clues using the Discrepancy Amplifier, a new gadget that highlights otherwise unseen hints. There’s more to this mystery than meets the eye, and it’s up to you (and your crew, if you choose) to solve the case.

Have you been keeping up with everything for The Outer Worlds up to now or is this the nice ending you have been waiting for? Do you think we will get to go in with more of the noire style to it all or will it only be the cinematics that we have along the way? How insane do you think this will all play out and will it be something we will be glad to see be the endcap of it all? Let us all know down in the comments and then feel free to discuss it all as you wish. If there is more for The Outer Worlds, it will be on the site for us all. Keep checking back in for all of that and much more.