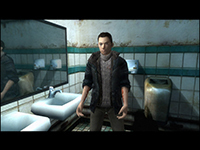 Fahrenheit is launching yet again with the Fahrenheit: 15th Anniversary Edition hitting us in a few weeks

Fans of Fahrenheit that have been looking for another way to play the game should get ready. We have word that the 15th Anniversary Edition of the game is about to hit the PS4. In fact, it is about to hit the PS4 on January 26th to offer a whole bunch of gamers a chance to see where one of the top developers out there got their footing into the industry. That and offer up Fahrenheit in another collection for those that do not have enough already or just want to see what the big thing is about this IP. No matter the case for you, it is coming and we will have that fun here in just a few weeks.

Do not expect too much of an improvement for Fahrenheit with this edition than what we had before, though. It looks like it is just one more bundle of the game for the PS4 that will bring some physical goodies to us along with the game from before. If the following screenshots are anything to go by, Fahrenheit still looks like a game from the past for us. This one just happens to all be more of the story side of things, so as long as it runs smoothly on the PS4 here, it will not truly matter. That is, if you have not thrown in for the various other bundles and updates we have seen over the last 15 years of the IP's life.

Meridiem Games is excited to confirm that the special boxed edition of story driven interactive drama Fahrenheit: 15th Anniversary Edition will launch on the 26th January 2021 for PlayStation 4.

This is the perfect opportunity to rediscover one of the first highly acclaimed titles from French developer and publisher Quantic Dream. For over two decades Quantic Dream, founded by industry visionary David Cage, is best known for their use of cutting-edge motion capture technology to create story driven interactive dramas including the critically acclaimed titles Heavy Rain, Beyond: Two Souls, and Detroit: Become Human.

Fahrenheit: 15th Anniversary Edition will include a specially created case and sleeve, a sticker set, high quality printed artbook and a thank-you letter written by the team at Quantic Dream. This boxed edition will retail for $29.99 and is available to pre-order in specialist gaming stores now.

Fahrenheit is a story driven interactive drama played in both first and third person perspectives. New York City is stunned by a series of brutal slayings that all follow the same pattern: ordinary people possessed by a supernatural force causing them to commit murder. The story follows Lucas Kane who finds himself hunted by police detectives Carla Valenti and Tyler Miles after fleeing the scene of one such murder with no memory of what happened. What follows, is a thrilling, story driven adventure where your choices have a direct effect on how the story unfolds. Are you going to be picking up the Fahrenheit: 15th Anniversary Edition or will you be waiting for something else? Will you be giving it a go on the PS5 with the backward play to see if the new hardware is able to fix any of the dated graphics? Do you think it will matter what this game looks like if everything else still holds up after all of this time? Let us all know down in the comments and then feel free to discuss it all. If there is anything else for the Fahrenheit IP, we will share it here. Please keep checking in for all of that and more.