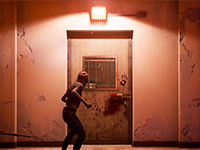 At The Game Awards, we had the reveal for Back 4 Blood and those lucky enough could be playing Back 4 Blood next week

The zombie squad-based shooters might be making a comeback soon, as we have the reveal for Back 4 Blood fresh out of The Game Awards and possibly on your system very soon. For those wondering, this is the next title to be coming out of Turtle Rock Studios that you might remember brought us Evolve…or more on topic, Left 4 Dead. Something that looks to have heavily inspired Back 4 Blood from the looks of it. We will know for certain on June 22nd when it is set to hit the PS4, PS5, Xbox One, Xbox Series X, and PC. Although, some of us may not need to wait that long to see more than just the trailers we have to offer up.

Given the form of game Back 4 Blood is, it makes sense that there will be alpha and beta tests for gamers to help the team shape the game. This is the case and there is going to be an alpha test as soon as December 17th for those looking to dive on in. From the looks of the gameplay, it will have all of those classic and fun features of the L4D universe, but also add in some extra little twists. Like more characters and new monsters that can tower over 20 feet tall in-game. Much larger than any of the Bloaters we might remember from before. All in a fast-paced shooter that we can also kind of experience just below. Have a look at the reveal for Back 4 Blood, then the gameplay, and then head over to see if you can be lucky enough to get in on the alpha taking place next week. Such fun news to have.

Back 4 Blood is a thrilling cooperative first-person shooter from the creators of the critically acclaimed Left 4 Dead franchise. Experience the intense 4 player co-op narrative campaign, competitive multiplayer as human or Ridden, and frenetic gameplay that keeps you in the action.

We never said this fight was going to be easy. Take a look at the Back 4 Blood gameplay demo that debuted on stage at The Video Game Awards 2020.

Were you expecting to see a game like Back 4 Blood to come out or were you expecting maybe the rumored Left 4 Dead 3? Do you think that it will play out as the other titles they have out there or will it stick to what they do best in the squad-based and less vertical fighting? Will this be the title that brings the zombie shooters back into the limelight after quite a few letdowns over the last few years? Let us all know down in the comments and then feel free to discuss it all as you wish. If there is more for Back 4 Blood, we will have it all here. Be sure to keep checking in for all of that and much more as we head into the future and hopefully the alpha test for this one.