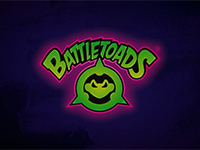 We were all teased a while back that the Battletoads would be coming back to the Xbox One and PC here and now we know just when that is going to be. It has been a rather silent campaign to get the game out there from Dlala Studios but as of now we know when we will be jumping back into the genre-breaking title we all have fond memories of. Fond or frustrating as I do not remember ever being able to make it all the way through the original Battletoads so long ago. I guess that it is a good thing that we will all get to try out the new adventure on August 20th for the aforementioned platforms there. Get those nostalgia engines running now.

As I mentioned, there has been very little to see and experience for this Battletoads title so far but, thankfully, we have a new video to look at here for the game. It also happens to be the video that made the date official here and it is fill with all of the other gameplay styles we can expect for the game. We will have the side-scrolling brawls, turbo bike runs, and all of the other different platforming we can expect from a Battletoads title. Have a look at it all just below and pick the game up now via the various options and then have a short wait to be able to play it all. Only a few weeks now.

The Battletoads are back! Join Rash, Zitz and Pimple as they smash, stomp, drill, turbo bike, leap, shoot and generally be toadally awesome in their all-new, action-packed, multi-genre adventure of choreographed chaos! Battletoads launches on Xbox, Windows 10, Xbox Game Pass and Steam on August 20th. Developed by Dlala Studios in partnership with Rare.

Are you over the moon to be able to give Battletoads a new try or did it upset you so much from before that you will skip? Were you hoping to have a fully 3D title for the toads here or are you glad the nostalgic look is coming back? Is it weird that we had so little to hear for the game before now or does it all make sense to surprise drop it on us? Let us all know down in the comments and then feel free to discuss it all as you wish. If there is more for Battletoads, we will add it all to the site for you. Be sure to keep checking in for all of that and much more. We might have something else to share.