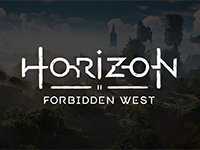 Another of the big and exciting announcements for the PS5 here has to be Horizon Forbidden West that we are getting next year. It feels almost like a given for this one given how popular the first title and expansion were and it makes sense to push it forward for the next-gen system here. Guerrilla Games would have been missing a shot here in my opinion if they did not go that way. All of which is something we do not have to discuss as Horizon Forbidden West has been announced and looks to bring Aloy back into our lives. In our lives and heading out the Western side of North America here. Something that could lead to a few more interesting things out there.

Not much has been offered up for Horizon Forbidden West outside of the below video, but there are a few other things we can assume based on all of that. It looks like we could see a mixture of more robots and natural things getting mixed up more in the game here. On top of the other new machines and biomes, we will get to fight and explore out there. I am a bit curious to see where in the West of North America Aloy will go in Horizon Forbidden West though. One could assume that the neon dragon could be something sparked up from a Las Vegas hotel that Aloy finds herself in. There are so many other options it could be, but I am tickled to think that we could see her in some of the busted-up casinos. Although the clear waters we are seeing her swim though could point that she is heading further west of the coast instead.

Horizon Forbidden West continues Aloy’s story as she moves west to a far-future America to brave a majestic, but dangerous frontier where she’ll face awe-inspiring machines and mysterious new threats. Coming to PlayStation 5.

How excited are you to see that Horizon Forbidden West is coming to us and on the PS5 here? How far into the future will it all take place from the previous titles here? Do you suspect we will go somewhere outside of the United States when we talk about North America or will that just be a way to get the international markets to buy-in for a U.S. based title? Let us all know down in the comments what you are thinking and then feel free to discuss it all. When we have anything more to share for Horizon Forbidden West, we will bring it to you here. Just be sure to keep checking in for all of that and much more.