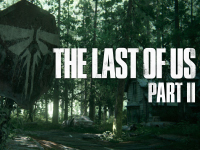 Well, if you need to get a bit more of the behind the scenes for The Last Of Us Part II, it looks like you have a new podcast you can subscribe to now. If the videos that Naughty Dog has been dropping and the fact that we will have the game on our PS4 next week is not enough, then this might be for you too. Although, there does sound like there will be a little more to this one in terms of the original version of The Last Of Us and the DLC. So it could be worth a subscription if you need something every other Tuesday until the game launches. Even if that is only one more from right now.

For those still interested, this series will take us through a bit of a recap for The Last Of Us and the thoughts behind why certain choices were made in the development. It will have some of the developers, writers, and voices from the game to help fill things in where needed. It has been a good bit of time since the original The Last Of Us released out there so it could be helpful. I would rather just play the game again in preparation, but that is me and others may not have all of that time. That is where these hour-long episodes will kick in for you to listen at your leisure.

The Last Of Us Part II — Podcast

Listen as the developers, cast, and more reflect on The Last Of Us in this new limited podcast series. Catch new episodes every Tuesday.

Will you be subscribing to this new podcast or do you think it is something that should have started during the original time for The Last Of Us? Is it weird to see this given the developer videos we are already getting or will they be leaving things out to fill this one up? Will you just be waiting for the launch next week instead so you can go in as blind as possible? Let us all know down in the comments and then feel free to discuss it all. When we have more to share for The Last Of Us Part II, we will add it to the site. I am sure it is about to go crazy with the information given the time of year it is now.