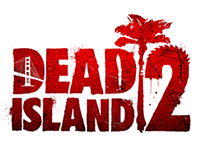 To say that Dead Island 2 has had a rocky development would feel like an understatement at this point. More so as the last bit of news anyone had out there for the game was that Deep Silver was moving along to a third developer after being originally announced over five years ago at this point. It feels so weird as I fully remember going to media events and sitting through demos for Dead Island 2 so long ago, but at this point, there is no word on if it will ever hit the PS4, Xbox One, or PC. Well, maybe we can mark the PC part out of that given that we now have a leaked version of the game out on the web for some to play and post gameplay videos for.

Before you venture out to find this mythical version of Dead Island 2, do take note that what we have to see here comes from an insanely early build of the game from a most likely debunked version as well. That is, this is something that is being reported as a version from the first developer for it and nothing from the current developer. More so when you see all the placeholder bits out there and completely unfinished portions of everything too. The gameplay even looks a bit more like it could have just been a mod from the original title and not a full Dead Island 2 build. No matter the case, maybe this will spark the publisher and developer to give us all a full update and maybe a new platform announcement.

Have you been holding your breath for something new for Dead Island 2 for a while now or are your dreams as dead as you would be for holding your breath that long? Do you think this is an actual build of the game or a detailed model of sorts to get us all riled up? Could this even be a build that the current developers have been using or should we just think that this project is dead and gone? Let us all know down in the comments and then feel free to discuss it all. If there is anything further for Dead Island 2 at all, you know we will share it all here. Just be sure to keep checking in for all of that and much more.