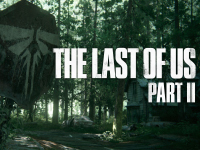 Here with go with that huge gameplay bit we have all been waiting for when it comes to The Last Of Us Part II. Huge in the way that it does show us a whole lot of new things and changes that Naughty Dog is bringing us, but also huge in the fact that it is close to twenty-three minutes of footage to take in. Some of it is just overview and bit from trailers we have seen before, but there is so much more for The Last Of Us Part II most of us have not had a chance to see as of yet. Nothing in the way of anything huge and spoilery as long as you have played the first title as it does go into a bit of what happened there and why the crew is where they are now.

As you might see here, in The Last Of Us Part II we will be seeing most of the game taking place in the Seattle area of the country with little stops along the way to see how the rest of the nation has fallen to the fungus. In this new area of the world, we will see two new factions rise up for us to handle with the gameplay mechanics. One a more militant faction that will use tactics that are very fitting, like patrols and dogs to name a couple. Then we have the other, a more religious, faction that prefers to use the same stealth mechanics we will have in The Last Of Us Part II. All while dealing with the newer and modified infected out there. We will have something come from all sides.

To add to this, we will have some new ways to get around the world and other things we have seen for The Last Of Us Part II already. There will be the inclusion of climbing and swinging ropes for Ellie to use in the world now so there will be a bit more verticality to it all. Good to see so we do not always have to approach in stealth or guns-a-blazing as it always felt before. I am just curious to see if the enemies can employ the same things to get the drop on us too or if it will only be for Ellie. We do not have much longer to find out, as June 19th is coming up on us fast. I am just more curious on how the team is going to hit us harder with the opening than they did before.

The Last Of Us Part II — State Of Play

Over the course of this nearly 25 minute episode, Neil Druckmann, Director of The Last Of Us Part II, will provide an extensive look at the gameplay, threats, and world of the game ahead of its release on 19th June on PS4. To cap it all off, he’ll introduce a never-before-seen extended gameplay sequence to close out the show.

There won’t be any PS5 news or updates in this episode, just a deep dive into the world of The Last Of Us Part II.

Are you still recovering from all of the gameplay we just had here for The Last Of Us Part II or are you re-watching it over and over already? Do you think that the enemies will be able to use the same tactics as we do or will they be stuck in a usual pattern? What other creatures do you think will be out there that will be worse than Ellie setting a dog on fire with an explosive? Let us all know down in the comments and then feel free to discuss it all. If there is more to share for The Last Of Us Part II, you know we will have it here. Just be sure to keep checking back in for all of that and much more.