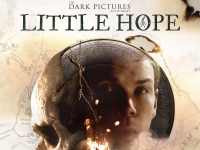 The next chapter of The Dark Pictures, Little Hope, is now confirmed to bring the frights this Summer when we enter the small town of Little Hope

We had the tease for The Dark Pictures: Little Hope after many completed Man Of Medan, but there was no word on how long we would need to wait to get to dive into the second chapter of this anthology. It was expected that it could be a bit so Supermassive Games could live up to how well the last one did. That is generally my hope for it all, and it looks like they opted to take the year to do it all as Little Hope will be hitting the PS4, Xbox One, and PC this Summer. Sure, it is not a specific release date as of yet, but it is something to look forward to as we had for the last chapter. It would make sense to wait until it was closer to October in my opinion, although I am certain they have done their research again.

Before this announcement, it was also a little uncertain on what Little Hope was going to be about as it is not a full continuation of the previous story. It is going to be its own thing and just part of the anthology as they announced way back when. This one, though, will have us join four college students and their professor that have entered into the town of Little Hope and are plagued with all kinds of nightmarish visions. The short trailer here makes it look like a cross between Silent Hill and The Blair Witch Project to me. Something I know I am excited to get into as it will still house all of the great gameplay we had before just with a new story. This is going to be one great Summer if it continues the way it is going.

We are happy to confirm that Little Hope, the second story in The Dark Pictures Anthology, will be released in summer 2020.

Trapped and isolated in the abandoned town of Little Hope, 4 college students and their professor must escape the nightmarish visions that relentlessly pursue them through an impenetrable fog. As they journey through the town looking for a means of escape, they must understand the meaning of these events, the root of the evil, and how it is directly connected to them!

The new trailer highlights both intense and funny reactions of well-known content creators. As the trailer comes to an end, it closes on the introduction of the eerie town of Little Hope.

Are you ready to enter into the world of Little Hope or do you still need to get through Man Of Medan in all of its ways? Do you see the same looks and feels of the other IPs as I do or do you see something completely different? How do you think it is going to all be connected outside of gameplay mechanics? Let us all know down in the comments and then feel free to discuss it all at length. When we have more to share for Little Hope or any of the other parts of The Dark Pictures, we will share them all here. Just be sure to keep checking back in here.