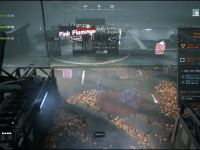 Next week we are going to get to go hands-on with Corruption 2029 and see just how well The Bearded Ladies are going to follow up to their last title. This title only having a few weeks from announcement to launch over on the PC, but given the track record they have it could be another sleeper hit. More so when we have word that Corruption 2029 uses the Mutant Year Zero design that was done so well before, just with the new story and setting. A solid case of "if it ain't broke don't fix it" if you ask me. No matter the case, we have new gameplay to spy upon to see just how this one will flow.

As we speculated before, Corruption 2029 is using the build of the previous game with all of the updates and the gameplay truly shows it here. There are even a few other things mixed in that further improve upon the design. Like the change that snipers can shoot through cover at the risk of breaking their own cover. That and on how multiple enemies can be targeted with one attack that is not just a basic AoE kind of thing. I am truly impressed here and cannot wait to get into the world of Corruption 2029 on February 17th now. Only a few more days now.

Due to popular demand. Lee and David from The Bearded Ladies play a mission in the Shady Oaks Motel, highlighting the game’s world and features.

Set in a dystopian America in the not-so distant future. Corruption 2029 is a new tactical strategy game from The Bearded Ladies, creators of Mutant Year Zero: Road to Eden.

Using your supreme tactical abilities, command a squad of heavily augmented ‘units’ deep into enemy territory to discover the cause of the Corruption.

Corruption 2029 is a hardcore tactical game that should test the mettle of even the most experienced tactical gamers. Available 17th February on the Epic Game Store.

Are you more excited for Corruption 2029 after seeing all of the gameplay here? Do you think they did the right thing in using what they have been perfecting but changing the story and characters around to make a new title? Would you have rather seen a full sequel to their last title or an expansion of sort? Let us all know down in the comments and then feel free to discuss it all. If we have more to share for Corruption 2029 before or after launch, we will share it all here. Just be sure to keep checking in for all of that and much more.