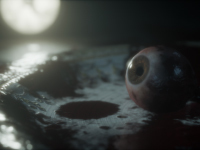 A new psychological horror title, Nascence, is coming from the Anna developer and potentially leading to a Nascence — Anna’s Songs universe

It looks like we will not be short on horror video games this year as we now have Nascence to add to the list of titles that are coming. Surprisingly enough, this one is listed as a PC and Next-Gen title so we might have another PS5 and Xbox Series X title to look forward to. Which will be interesting, as it is also a follow up to Dreampainters' last title Anna. In fact, Nascence looks to kick off a new anthology or expanded universe type franchise titled Anna's Songs. Something that sounds similar to what The Dark Pictures is doing but in a different gameplay style.

This is an interesting announcement as Nascence also feels like it is coming out of nowhere from the developer after a nice long bit of silence. Not that this is a terrible thing, but just worth note. Also worth noting is the premise of the game here that will be taking our protagonist through a horror filled journey to find answers around a woman that was burned during the Medieval Times named… Anna. There is also a religion that has spawned up around this figure and as Nascence and the following titles are taking looks at this kind of aspect, I can only imagine how far down the rabbit hole we will all be going.

Nascence takes place in the same fictional world of Anna. It expands of its mythology while delivering a streamlined Horror experience with a nice touch of old-school graphic adventure.

Nascence is part of Anna’s Songs, a series of games that will explore the relationship we have with religions, organized and not.

Thomas has a mission: find the ashes of woman killed as a witch in medieval times, a woman known with the name of Anna.

A whole religion has spawned from that event and many people have been affected by a disease directly linked with it.

Thomas is part of an organization that wants to put an end to all this.

Does Nascence look or sound like a title you are going to want to play here or is it one you will watch play out via videos? Do you think having linked titles as the plan states will be a great way to go or is it something new that we have yet to see pan out as of yet? Do you even care and just want to see how the story of Anna plays out after all of this time? Let us have all of those answers and more down in the comments and then feel free to discuss. If we have more for Nascence, we will add it to the site. Be on the lookout for all of that and much more as we venture into the year here.