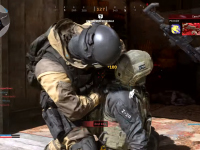 A lot of new multiplayer gameplay for Call Of Duty: Modern Warfare is here to show you that it looks like it is a Call Of Duty title

You have most likely been waiting for some new gameplay for Call Of Duty: Modern Warfare, and that is just what we have for you here. More gameplay and a nice little showing of the multiplayer maps and gameplay we will get to experience when Infinity Ward's next go for the franchise comes out on October 25th. Not to be mistaken with the version of Call Of Duty: Modern Warfare that came out twelve years ago at that. I hope you knew that before digging into all of this today. Either way, we have new gameplay to look at as the game gets the update to 4K out there.

It should come as no surprise, but it more or less looks like Call Of Duty. That is not to say that you cannot see the upgraded visuals for this version of the game. The point I have here is that if I did not know it was from Modern Warfare, I would not be able to tell you which Call Of Duty we were actually looking at. Well, outside of some of the more iconic maps from the first version of the game showing up here to help remind us. I think this is partially why I tend to stay away from just the multiplayer of these titles. The true meat comes in when you look at the campaign for me.

Are you more or less excited for this Call Of Duty based on just the multiplayer we are getting? If you did not know better, could you tell which one this was from or am I just not seeing the true differences when it comes to multiplayer? How do you think the game will be altered besides what we already know and have seen? Let us all know down in the comments and then feel free to discuss. If there is something new for Call Of Duty: Modern Warfare, we will add it all to the site for your enjoyment. Just be sure to keep coming back for all of that and much, much more.