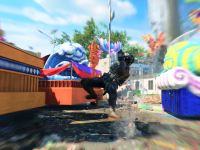 The next DLC for Call Of Duty: Black Ops 4 is almost here and we have a new look at just what it will bring to this Call Of Duty title

The next "season" of content for Call Of Duty: Black Ops 4 is just about to hit us all. At least for those who have bought in for everything that the game has to offer until the next major one is released this year. At least, it is rumored to be this year and not from Treyarch as we keep the revolving door of it all turning. There could be a break for Call Of Duty to focus more on the expanded content for this one, but I would not hold my breath. Even when we get to see new DLC drop out there as we do right now. Well, at least when it drops tomorrow (4/30) for the PS4 and then later for the PC and Xbox One crowds.

In any instance, we have the new Operation Spectre Rising DLC here for Call Of Duty that looks to add a few new things into the game outside of new cosmetic looks. Things like new maps and weapons, but also a new specialist and characters to play around with in the game. That is at least what the latest trailer for it all says. How new it will all be is still open for interpretation as it could just be new to this Call Of Duty and not the overall franchise. I know I am not here to argue semantics on it all and just present you with what to expect in the next big DLC dump for the game. Have a look below and then head out to the killing fields.

Strike from the shadows.

Have you been keeping up on all of the Call Of Duty DLC and everything or was this a nice reminder that there is more content to come? Do you think that these updates will bring truly new things to the game or will it be just a few modifications on some of the older content? Do you suspect we will be getting the same thing over and over for the franchise moving forward or will they take a chance and give us something truly new? Let everyone know down in the comments what you are thinking and then feel free to discuss. When there is more for Call Of Duty: Black Ops 4 or the franchise in general, we will have it here for you. Keep checking in to stay on top of it all.