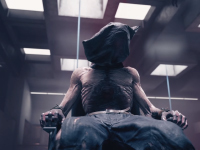 It looks like the rumor and ‘leaks’ were true as Control will be dropping out there on the PS4, Xbox One, and PC on August 27th. This comes shortly after the date popping up on the Xbox Market place and instead of trying to deny it all, Remedy has just accepted things and opted to give it all to us. Not the biggest of news there for Control, but it does lead into some new gameplay and other things for us to take in and see if we are ready to throw down some cash. I am sure that 505 Games will like that so they can see a nice little return for a game that looks to be the next big thing from the developers they are helping out.

You did read that correctly. We have another bit of gameplay to look at here for Control just after the bit from GDC showing off how good it looks. That and the announcement that we will have a good bit of content to pick up for pre-order and post-launch. More so on the PS4, but nothing that looks to be too extreme for those worried that they will be missing out. More or less, you can pick up a new outfit for the pre-order and some crafting materials. Those who pick up Control on the PS4 will also be getting a few themes to make their system a bit fancier. You know, the standard fare it would seem to make things fair all around.

There also looks to be two different versions of Control to pre-order. One is the standard version of the game that gets you the game and these basic extras. Then there is a Retail Exclusive/Digital Deluxe that offers up a few extra bits, but mostly in the way of in-game extras to be used. The bigger of them being the Expansion Pass for Control that will add in more locations, stories, missions, mods, and a more to play for the game. The first coming some time near the end of this year and the next coming early in 2020. If you are not ready to drop that cash for it all just yet, they will both be sold separately too.

The Oldest House is a mysterious place of power, the headquarters of the Federal Bureau of Control, a secretive organization covertly nested within the web of US government agencies.

Jesse Faden arrives searching for answers just as an otherworldly force known as the Hiss attacks and kills the Bureau's former Director.

In a mysterious ritual, Jesse is made the new Director. Now imbued with supernatural abilities and wielding the Director's transforming Service Weapon, Jesse must take on the Hiss and take back control.

Pre-order your copy of Control now to receive the Tactical Response Gear and Crafting Resources Pack as exclusive pre-order items when Control launches on the 27th of August 2019. As pre-order bonus items you’ll receive the Tactical Response Gear – a bonus outfit for Jesse – and a Crafting Resources Pack, which is a bonus supply of resources that Jesse can use to upgrade her abilities and the Service Weapon in the game (Jesse’s main weapon). Are you surprised at the release date for Control here or does it feel like it is about right given everything? Do you think we will get some other gameplay that will show off different areas in the game or will it still be the halls with Jesse throwing things around until launch? How are you feeling about the different versions here and do you think that one platform is getting an advantage over another? Let us all know your thoughts down in the comments and then discuss. For more on Control, keep checking in here. We will keep the updates coming out to you as fast as we can.