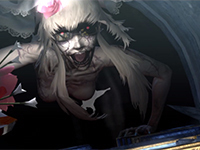 The basics are stated in the headline as Catherine Classic has just launched on PC as of today. You read that correctly as it was just rumored a day ago as Atlus and SEGA had it slip that the game was rated in Germany. Usually, that means that we have a bit of time before launch, but it was all in prep to get Catherine Classic out today. Would that have been awkward had it been rated to a point where it would not launch? No matter the case, you can go and download it now if you want to play this weird puzzle game on your PC.

While it is named Catherine Classic, that does not mean there have not been updates to the game. A full list is in the following trailer, but the basics are better graphics and updated bits from the original release. So not truly a classic version but it is not a version of the other Catherine titles that have dropped out there on the PS4 and PS Vita. Still kind of the same game all around, but different when compared to the original version this one is based on. That is where the classic comes in…

Catherine Classic tells a twisting tale of love, betrayal, and the terror of commitment. During the day Vincent has a hard choice to make: marry his long-time girlfriend Katherine or move on to the incredible blonde he just woke up next to — named Catherine. The story can take many paths: make the wrong choice and you could end up dead. At night Vincent’s desperation results in terrifying nightmares in which he must climb his way up to survival, with various obstacles hindering his path. LOOK OUT for the sheep!!!

Did you expect to see this Catherine title hit the PC as it did today? Did you give the original version a play or will this be the first time in this weird puzzle game? Do you think it will hold up from its past versions or will this one be the definitive style of it all? Let us know in the comments. If there is more to share for Catherine Classic, I will share it all here. Just stay on the site for all of that.