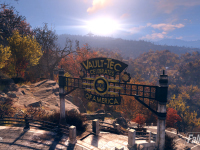 No matter where you stand with Fallout 76, you have to admit that it looks like Bethesda is trying to do the right thing with the game. Sure, there have been missteps and many fans out there who have been completely let down by the game as it was not what they were expecting, but at least it has not been completely abandoned and we are seeing more updates to the game. More than just bug fixes too as we have yet another update for Fallout 76 that sounds like it will be bringing along some new things to the game as well as solve some of the issues that players have fixed themselves. At least fixed without having true Mod support for the game.

It is no surprise that Fallout 76 will be adding in new content in general as this was one of the promises made for to those who are sticking with the game, but it also looks like the next big update will be including a Player Vending option in the game. What that specifically does has yet to be detailed out, but it sounds like it will be a way to change up the player-created batter system that has come around already. It also sounds like it will allow players to be able to accept in-game currency for their in-game items even though we have seen how that can turn south with the quickness. Maybe it will work here though and add a new level to Fallout 76 that players have been wanting.

Later this month, we are providing resolutions by way of new patches for Fallout 76.

Like our December 11 update, we will have a big update that will address many of the issues you’ve been providing feedback on. Full patch notes will follow soon.

2019 is an exciting year for Fallout 76 and we can’t wait to grow it with you. Keep providing your feedback and letting us know what you’d like to see.

Happy New Year from all of us!

Love Fallout 76 or not, at least they are trying to give us what we paid for. As I said, it is not near what we saw or thought was coming, but it is not just dead in the water. I know I would love to have a better way to have story progress and fewer bugs in the game, but for their first shot at an MMO that gamers want to ignore is an MMO, it is not too bad. They all have growing pangs and we are just seeing some of the worst. If this update follows suit with what we have been wanting in Fallout 76, then we could see a resurgence as we see every time one of the other major MMOs has a screw and then fixes it. Baby steps are needed some times…

What do you think though? Will this be a new feature that fans of Fallout 76 have been dying for or will it lead to some darker places for the game in general as we have seen with others in the past? Is this a sign that Bethesda is at least trying to get to where they promised or is it too little too late for you? Will this fix the player made economy or just add another issue that needs resolving? Let us all know down in the comments and then feel free to discuss. When we have more for Fallout 76, we will share it all here. Just be sure to keep checking in on the site to see and hear all of that.