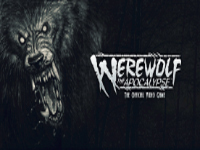 There really has not been a lot of talk or updates for Werewolf: The Apocalypse as of late so it is high time that we finally had one. Even if it is not something that is too massive, it does look like we will be seeing this game from Cyanide Studio in 2020 on the PS4, Xbox One, and PC. That or whatever versions of the consoles we have at that point. All of that and it looks like a few other things have been changed for the game too as it is now called Werewolf: The Apocalypse — Earthblood and has also scored a new publisher in the mix of all of the other things going on in the World Of Darkness.

Yes, while things have been shaking up on all fronts for the core franchise, it looks like Bigben Interactive is now holding the rights to sell and distribute this Werewolf: The Apocalypse title. Before it was Focus Home Interactive for those who may have missed it all before. Thankfully, it does not look like too much is changing as it sounds to be the same ecoterrorism version of the Werewolf IP that we had teased for a while now. All with the staple Rage system and other entities we would expect to see and hear about in a game set in this universe and then setting. Tabletop players will know what I am talking about here…

While not too substantial, we also have an updated description to go along with the addition of Earthblood to the title. More of what some of us already knew, but in the game, we will be playing as Cahal who was kicked out of his Pack for reasons, but is now back because they need help fighting Pentex and all of the horrible things it is doing to the planet. All of which leads us right back into the ecoterrorism side of it all with the Rage building up as we go. I am guessing that not much else has changed since we last had a solid update for the game, so I will say that is in the good column of things. Werewolf: The Apocalypse — Earthblood is the first action-RPG game adaptation of the iconic World of Darkness role-playing game.

Become Cahal, a banished werewolf, forced to return to the aid of his endangered clan and master the devastating Rage within him to punish all those that would pollute, destroy, and corrupt our Mother Earth, Gaïa.

On his bloody quest for redemption, Cahal will play a pivotal role in the Great War of the Garou against Pentex, a powerful corporation whose activities are upsetting the balance of nature.

We are happy to announce that we’ve secured the rights for @WerewolfVGAME, currently in development by our friends at @CyanideStudio! 🐺

🗓️ Werewolf: The Apocalypse — Earthblood will be available on both PC and consoles in 2020.pic.twitter.com/eYniPdTBGj

What do you think about the change up we have had here for Werewolf: The Apocalypse — Earthblood and will lead to a better game in your eyes? When in 2020 do you think we will actually get to play the game and will we see some actual footage in 2019? Did you fear that the core idea of it all would also be changing or did you figure it would be about the same as always? Let us know down in the comments and then discuss. We will be keeping an eye on Werewolf: The Apocalypse — Earthblood here and will update you with anything else we find out along the way. Just be sure to stick around here.