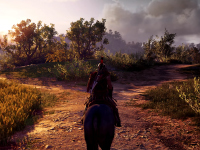 There is no question that Assassin’s Creed Odyssey is going to give us the options and the power of choice when it comes on October 5th. This has been the most recent changeup to the franchise that Ubisoft has been making sure we are aware of for some time now. Just in case we were not aware of that, we have yet another trailer for Assassin’s Creed Odyssey to points us in that direction to highlight that we will be the ones making these choices with little being forced on us by the narrative. At least in terms of something we will need to do so we can push the story further. I mean, we cannot just be all willy-nilly with everything and expect to find some kind of conclusion to it all. We will just have choices and paths to take along the way.

That is, of course, if you took the time to read any of this and just opted to dive into the new trailer for Assassin’s Creed Odyssey that kind of talks about it all. You can obviously see that just below and get a feel for the difference in choices we may get to make along the way. The big one being the character/gender we choose to go with for our protagonist in the game. Both of which fit into the roles one would assume them to go do. Alexios being the war-hardened male with the constant outlook for war and Kassandra aiming to go a more subtle path and such. I think someone may have missed a memo somewhere…

Nonetheless, have a look at the new video for Assassin’s Creed Odyssey that shows off what we can hope the branching choices will feel like in the game. Maybe Ubisoft will truly surprise us and have the vastly different paths play out and reach a conclusion we never saw coming. I have a feeling it will be more on the immersion side of things that will still lead to the same end, but one can hope…

The choices we make, no matter how small, can put us on the path to greatness or lead us down a road to ruin.

Do you think that there will be a wrong path in Assassin’s Creed Odyssey in some form or will they all lead to the same end just with different obstacles? Do you find it odd that the inclusion of both genders for the protagonist still leave them in the societal roles we know or is that all part of the historical accuracy they are going for? Do you think we can place them on vastly different paths than what the norm should be? Let us all know what you think down in the comments and then discuss. For more Assassin’s Creed Odyssey coverage, be sure to keep coming back here. We will keep it all coming at you as best that we can.