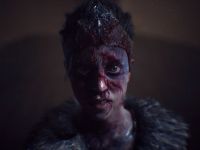 A new trailer for Hellblade: Senua’s Sacrifice is here to show us all just how well Hellblade will look once it makes its way onto the Xbox One

Earlier this week we had word that Hellblade: Senua’s Sacrifice was finally making the jump over to the Xbox One on April 11th. It had spent so much time as a PC and PS4 only title that Ninja Theory wanted to make sure all gamers out there could experience the story and game. Unless you are only on a Switch then you will need to hope that this Hellblade release garners even more attention and praise so it can be brought over there too. I am not sure how well that would work, but it is never outside of the realm of possibilities. At least in the word of video games.

Moving right along. Now that we know Hellblade is coming over to the Xbox One, and with three modes of visuals to play it in, we are asked the question on how it will look once there. The short answer is that it is most likely going to look the same as it did on the PS4 Pro and high-end PCs. To make things completely accurate, we also have a nice new trailer for Hellblade: Senua’s Sacrifice showing it running on the Xbox One. No wondering or speculating needed now as you can see it just below running in those 4K resolutions that one of the modes can pump out. It still looks amazing and now I want to play it all again.

All Footage Captured Directly from Xbox One X. Presented in 4K & HDR.

From the makers of Heavenly Sword, Enslaved: Odyssey To The West, and DmC: Devil May Cry, comes a warrior’s brutal journey into myth and madness.

Set in the Viking age, a broken Celtic warrior embarks on a haunting vision quest into Viking Hell to fight for the soul of her dead lover.

What do you think about the visuals we have to see here for the Xbox One version of Hellblade: Senua’s Sacrifice? Are you not surprised that it looks about the same as it did on the other platforms already or were you hoping for some new look and feel to it just for the new platform? Do you think that the Switch will ever see the game or will it stick to the big three that most gamers already own? Let us all know down in the comments and then feel free to discuss. If there is any more for Hellblade: Senua’s Sacrifice in any way, we will have it up on the site for you. Be sure to keep checking back in to see it all.