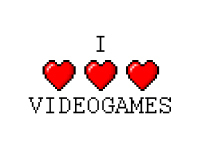 This has been one rollercoaster of a week in video games has it not? It started off with so much excitement and then ended in some sadness. Thus is the way of life, but we must press on. Especially since now we know when God Of War will be dropping, we had a few more game announcements like Those Who Remain and Beat Saber out there and some other great news. It makes us all want to forget about the sadness of when video games like Paragon get hit with a death sentence. It happens, but at least the team there was decent enough, to be honest, and fair with the gamers out there. It is a bit rare that you see that in any industry as of late.

Now that we have all of that out of our systems, we can move right along with the rest of the video games industry. That is what we have planned here and we are also starting to get into more those reviews out there that we will be more diligent about getting you. We have also had quite a few discussion about getting reviews for titles that may not be on our big lists out there this year. That all comes down to how you all look at the site and want it though. There are so many video games put out there and we will get more than just the AAA and AA titles. At least that is the plan.