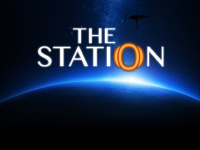 The first-person sci-fi mystery game, The Station, has been dated for the PS4 and you can see a bit more of The Station in action right here

For those out there who enjoy mysteries and puzzle-solving while set in a futuristic space station, then you are in luck as The Station has been given a release date for the PS4, Xbox One, PC, Mac, and Linux platforms. That is of course if you all missed out on it from before and wanted to give it a good go, but that does not change the fact that you can give it a play on February 20th. Although, given the fact that there does not look to be many gameplay videos out there for The Station, this may be just what the game needed to get up and out there for gamers today. I guess we will see.

For those who do not know, The Station looks to be another "walking simulator" that places us in a space station where something has gone terribly wrong. We are there to figure out all the puzzles and mysteries that led to the place going dark and hopefully get things back up and running. Also to not die while going about it all. All of which with the aid of a huge AR system, in-game, that will give us clues and point us in the directions we need to go. Have a look at the new announcement for The Station just below and see if it will be something to suck you in this February.

A first-person sci-fi mystery set on a space station sent to study a sentient alien civilization. Assuming the role of a recon specialist, players must unravel a mystery that will decide the fate of two civilizations.

If that was not enough, then we have a bit more gameplay from very early on in The Station's development to show off a bit more of the game. It also shows off a bit more of the AR as described above, but also the module that will store your "journal entries" that you can move around and leave where you need to. Why you would not just carry it everywhere is beyond me, but it is what it is for now. I am sure there is a good reason for all of this and we should see it all soon. At least in just over a month from now, that is. Unless there is another weird delay placed out there and they "go dark" again.

The Station is a narrative-based first-person indie exploration game set on a space station sent to study a newly discovered sentient alien civilization. The game is being developed through the Unity engine by a team of AAA industry veterans. This trailer uses a real-time in-engine capture.

What do you think of The Station as it looks and stands right now? Do you think that there will be a lot more than just walking around and solving puzzles or will that be the core of it all and leave us wanting more? Could there be something truly engaging in the currently announced AR in-game or will that just be the fancy way of saying HUD and Check Points? Let us know down in the comments and then discuss. If there is more for The Station, we will bring it to you here on the site. Keep checking in for that and all things video games right here on the site.