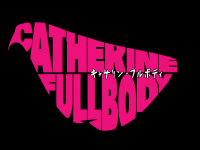 The official announcement for Catherine: Full Body is here and it looks like we are getting more of the Catherine fun sometime next winter

What was once speculation is no more as Atlus has officially announced that Catherine: Full Body is coming to the west next winter. That may be a bit of a misnomer though as it is more like the game is coming to North America and Europe next winter and not just 'west'. No matter how you want to slice it though, Catherine: Full Body is coming and hitting the PS4 and PS Vita hard with what looks like not only a remaster of the game but a remaster with some added bits in to further expand the oddness of the game and its world. All kinds of fun you may or may not have been hoping for next year.

As I mentioned, there will be a few new things added to Catherine: Full Body on top of all of the remastered stuff. Atlus has not gone into fine detail of it all as of yet, but what we do know is that there will be an addition love interest by the name of Rin that will also carry along all of the distinct storyline elements that will involve. That and more of the fun puzzle content that was one of the core features of Catherine the first time around. So this all seems like more of an in-between-quel if the further rumors are true and that we could have a full sequel of sorts at a later date. We should hopefully know more soon.

If you are not familiar with the Catherine franchise, do take a moment to think about watching this gameplay video as it is a mature title. Some of the visuals may not be safe for a work or family environment. Now you cannot blame me for not warning you. You have been informed thusly.

Is it a nightmare or a dream come true? A new test of Vincent Brooks' morality is about to take the stage.

Atlus today announced that Catherine: Full Body will be coming to the West. This new twist on the original Catherine, a mature romantic action-adventure puzzle game from the makers of the Persona series, will include a new love interest, "Rin," with distinct storyline elements for the character, and additional puzzle content. Vincent's love life has never been so complicated and dramatic!

Vincent's apartment hasn't seen the last of the sensual people in his life. With new storyline elements for both Catherine and Katherine, players will have ample opportunity for new experiences in Catherine: Full Body.

Did you have any doubts that Catherine: Full Body was going to be coming to the "western" world or did you think you were going to have to port it over? What do you think this new love interest will do to the overall story or will it be just another sidepiece of the game? Could this mean that we could be getting another full title in the future or is this just their way to keep afloat while they work on their next big title? Let us have all of those thoughts down in the comments and discuss. We know there will be more on this Catherine: Full Body version and we will keep you as informed as possible. Keep checking in on the site to keep up to date.