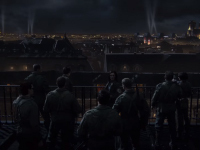 Get introduces to a few more Allies in Call Of Duty: WWII as well as see just how authentic the team is trying to make this Call Of Duty title

Just when you thought we had all of the Call Of Duty: WWII updates we were going to get for the week, Activision drops a few more. It is almost like they dropped the big story trailer and then realized that they left a whole lot out of the basic story that Sledgehammer Games has prepped and now they need to bring the rest of it all. Not really the case as it is all still promotion for Call Of Duty: WWII and reminders to pre-order the game on the PS4, Xbox One, or PC before November 3rd, but it can feel that way. Especially since we have another two characters to add into the grander scheme of the game and the conflict of the war we will be fighting.

Here we get to meet two Allies that Red and his Squad will have interactions with in Call Of Duty: WWII. One British and one French and they look to be the way that we will be getting our missions in the game. That is at least how it seems from these little teasers we have for both here. I could be wrong, but seeing as this will still need to follow basic Call Of Duty mechanics, it makes sense. That and since we are not on an army of one here to take on and win the conflict alone, we will need to be guided to the lesser known conflicts around the area to keep it all flowing. At least it all makes sense to me in the end.

After years of fighting in the British Expeditionary Force, Major Arthur Crowley serves as a part of the Special Operations Executive, where he executes covert missions behind enemy lines.

A highly skilled French Resistance fighter, Rousseau will do whatever it takes to fight off the Axis powers in France and avenge the ones she's lost.

In addition to these two new Allies, we will have in Call Of Duty: WWII, it looks like we also have a nice little treat in terms of a documentary for the game. It is more like a behind the scenes thing to me, but nonetheless it is here and goes into the aspects of the story that will be mirroring the real world conflicts we have heard about many times over. Not only that, but also how historians of the war helped out to make sure that the team had the most authentic version of the war that they could. At least as well as they can and still have a Call Of Duty game in the end. Unless the soldiers back then had the ability to heal any wound if they just hid for a bit.

I jest. It is an interesting watch for those who want to experience more for Call Of Duty: WWII than just the running and gunning of the maps. I am curious to see if any of the lesser-known stories mentioned are mixed into the game or if they will only be small footnotes for now. I guess we will all see here soon.

Call Of Duty: WWII will take players to the front lines of war-torn Western Europe during one of history’s greatest conflicts, where the stakes were high and the only thing standing in the way of Nazi oppression was a generation of ordinary men and women willing to make extraordinary sacrifices to preserve our way of life.

Get a peek at how Sledgehammer Games pays homage to the men and women who answered history’s call through a gripping Campaign Mode that aims to redefine World War II for a new generation of gamers. The journey begins on November 3rd.

Do you like the Allies we will be working with here in Call Of Duty: WWII or do you think that they will only be there to keep the single-player missions flowing and will have little interactions outside of that? Do you think that we will have more than these two in the full game or is this it? Does having a game like this be mostly historically accurate increase your joy in playing it or will you be ignoring it because you just want to shoot things and complain? Let us all know and then discuss down in the comments. For more Call Of Duty: WWII, and we can see there will be a lot more, make sure to keep checking in on the site here. We will do our best to bring it all to you.