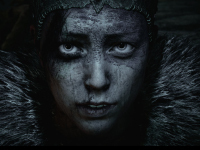 We now have a small tease at one of Hellblade: Senua’s Sacrifice's features coming with the game that will focus on Hellblade's psychosis & how it was used in game

By now we all know that Hellblade: Senua’s Sacrifice is going to have some deep-rooted ideas and looks at "insanity" and psychosis in the game. The titular character suffers from some of it and Ninja Theory has been pretty open about talking to many scholars and those who suffer from similar ailments to make sure they are able to represent the whole thing properly. Hopefully you've been following along with all of the developer updates for Hellblade and this isn't new news for you. Even if it is, then there won't be much of a worry to go back and re-watch or get fully caught up as it looks like there will be a nice long feature included in the game when it lands next week on August 8th for the PC and PS4.

Now we have a nice little teaser trailer for this little extra in Hellblade: Senua’s Sacrifice to give us a taste as to what helped drive the development and the character in the direction that it all went. At least if you are into seeing how your games are built and just what extra little bit goes into making things feel as realistic as possible; something that was one of the goals here for the game in terms of the illnesses and voices. I am not sure if this will go above and beyond what we've already seen out there during Hellblade's development, but it does look like we will get another 25-minutes to watch after or before we pick up the controller. Or in the middle if you need a break or something.

Hellblade: Senua’s Psychosis: A 25 minute feature included in Hellblade about our collaboration with neuroscientists and people with lived experience of psychosis.

I know that this isn't everyone's cup of tea here, but this has been something I've personally latched onto for Hellblade: Senua’s Sacrifice over the long haul. I am excited to see it all, but there is one little thing that kind of has me hoping it is just a weird wording for it all and nothing directly related to the game. That is the whole "her perceptions of the world" phrase that is in there. It almost sounds like Ninja Theory is teasing the fact that all of the Celtic landscapes and mythological beings in Hellblade could all just be in Senua’s head and nothing more. While it could make for a fun game mechanically, it does cast a bit of the "none of this is really going on" feeling which could also mean she is just in some asylum daydreaming it all and then mean nothing to the story. The whole "it was a dream" thing that is mocked and hated by many out there.

All of my ramblings over now, if you came here hoping to see some new gameplay for Hellblade: Senua’s Sacrifice and don't care about the above, then look a bit lower here. We have yet another four minutes of the game showing off a bit more of the puzzle mechanics and setting of the world. The pattern bit is downplayed to only a gameplay mechanic and the link to mental illness is kind of tossed aside, but for those who just want an amazing looking game that is fun to play through I guess this is the part for you. Maybe you'll learn something through osmosis here or when Hellblade finally lands. I guess we will all see and then debate it all like we have many times before.

Are you glad to see that Hellblade: Senua’s Sacrifice will also house a nice little feature on the mental illness involved for the character or could you care less? Have you been keeping up with all of the developer updates since the start or will all of this be new to you when you spin the game up for the first time? Do you think that this could really all be happening in a modern world setting but the protagonist is just "seeing" and "hearing" everything during the gameplay? Let us all know and then of course discuss down in the comments. I know I am super excited to see how Hellblade: Senua’s Sacrifice turns out and hope we get just a bit more as we head closer to the release date. We will have it all here for you, so be sure to keep checking in to stay completely up to date on all of it.