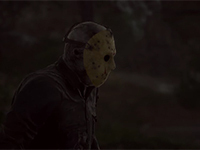 Here we go! Friday The 13th: The Game has finally been given a final release date for us all when it will not only hit the PC, but also the Xbox One and PS4. Soon we will all be slaying each other or trying to survive the horrors that Illfonic has put together for us and has been rather amazing so far based on the beta for me. I'm sure that the final version of Friday The 13th: The Game will be top notch as Gun Media has been on point with all of it and giving us what we demand so far. I think that it will be rough to disappoint us on May 26th when it finally all goes live for us.

Yep; that's the release date. Friday The 13th: The Game will be hitting us on May 26th. Only a bit outside of the "Early 2017" time line that we had multiple times but most of which is not the issue of the developers but just how the consoles go about their certifications. There are some out there calling afoul, but those fans need to calm their tits and moobs and just be glad that Friday The 13th now has a date and won't be battling against some other great titles that will be out when we all assumed. I'm not upset and am glad to have a date to look forward to now. Let's focus on that.

The game will launch with multiplayer-only gameplay allowing players for the very first time to take on the role of Jason Voorhees in his various incarnations throughout the storied franchise spanning three decades! This 1v7 asymmetric multiplayer title will pit Jason against seven counselors as they try to survive in three maps spanning Camp Crystal Lake, Higgins Haven and Packanack Lodge. Single player will follow as a free update summer 2017!

In addition to the official release date for Friday The 13th: The Game, we also have a look at that exclusive Jason that we had teased and slightly shown off in the past. This is the custom one designed by Tom Savini for those who helped out with the initial Kickstarter or opted to help after development went on full tilt. You can see him all in action below and note that it is a version of Jason after he went to hell and came back just for Friday The 13th: The Game. It's a little Ghost Rider and a lot of Jason. Have a look and be excited or sad that you didn't help Illfonic and Gun Media out when they needed us.

We fully reveal the newly designed Tom Savini interpretation of Jason Voorhees, after escaping from Hell!

This version of Jason Voorhees was offered as a pre-order only item on Backerkit, and as a reward for Kickstarter backers (at appropriately listed tier.

Are you as excited as I am to know that Friday The 13th: The Game has a launch date for us all? Are you being pissy because of the slight miss of the "Early 2017" mark or do you understand that great things just take some time? How do you feel about this Jason from Hell skin that we have here and did you pick it up when you could? Let us know down in the comments and then discuss until Jason comes home. We will of course have more for Friday The 13th: The Game here on the site so you'll want to stick around and keep checking in to see and hear it all.