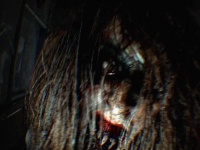 By now most of us have played, beaten, and moved onto the DLC for Resident Evil 7 as it has been a rather successful venture into bringing the series back to where it began. All of the other recent titles were a little shaky, to Capcom's dismay, but now it seems like they have figured out how to give the fans what they want. As with all games though, Resident Evil 7 wasn't just an idea and then a final product, but another title with a long development process filled with all kinds of choices and paths that led us to a rather well done title. Now we all have the chance to have a look at just how the team was formed and what made the cutting room floor as a new video series has kicked off to show us all how RE7 was built.

The first video in this series has just popped up, as I'm sure you guessed, and it looks to start of the four part series with just how the Resident Evil 7 team came together. It also dives into the facts of how the first idea was pitched to bring the franchise back to its roots of horror and leave the action part aside for now. On top of that we have word that at one point there was also supposed to be a family dog for the Bakers that would have played a part in Resident Evil 7 but it was scrapped for some reason. I think we all would have shit ourselves had they been able to pull of the same thing with the dog that we had in the original Resident Evil. Still one of the most terrifying parts of a game even with the lower polygon count.

Uncover the secrets behind the development of Resident Evil 7, the multi-million selling latest entry in the hit survival horror series.

Go behind the scenes at Capcom's Osaka headquarters and hear from key development personnel as they explore the origins of 2017's scariest experience.

I also find it interesting to look at the motions and expressions people had here. I'm not talking about the part where they show off the original CG trailer for Resident Evil 7 that got the ball rolling, but the designers who talk about RE5 and RE6. You can see, while still trying not to slam Capcom, that they have a few regrets for how the franchise moved forward after RE4. Maybe it's just me, but it really seems that way when they start talking about all the action and Co-Op that popped into the survival horror franchise that shouldn't have been there. I'm just glad they used all of that knowledge to make Resident Evil 7 the game that we ended up getting.

Are you surprised by some of the stuff mentioned here that didn't make it into Resident Evil 7 or are you glad it was cut? Did you see the same thing I did when the developers were talking about the other titles in the franchise or was I just looking too deep for something? Do you think that we may see more of these 'cut' items in future DLC given that they have the ideas and funds to do it all now? Let us know in the comments and then don't hold your breath to discuss. As each of these new videos for Resident Evil 7, and all of the other news still coming for the game, are released, we will have them here. Keep your browser on lock here as you won't want to miss a single thing.