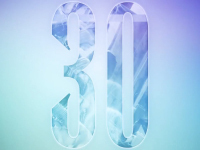 Next year is going to be a big one for Final Fantasy XV as the franchise is hitting its 30th year in the running. It's hard to believe it has been going so strong for that long and it looks like Square Enix is going to be doing something special just for it. That of course is based on news we had from earlier in the year when they opened up a portal site to get us all ready for the 2017 celebration and nothing too new. Some big things are supposedly coming and if you can believe the latest rumors to crop up, we may be getting more Final Fantasy than we want or need next year and running into the following one as well. Get your tin foil hats on as it is time to look at some crazy rumors that we all want to be true…

So it isn't a shock that Square Enix is going to do something big for Final Fantasy's 30th. But as sources are claiming, they may be looking to bring the entire franchise into one spot on the PS4 next year. According to this new rumor all of the titles from the first through IX will be brought over with their NES/SNES versions and HD ports that may have been in place already. All on one disc/card for the PS4 and PS Vita respectfully. On top of that, Final Fantasy XIII will be getting a trilogy HD set that will bring all three of those titles to the PS4 with 1080p and 60fps visuals. Those will all be on separate discs though so that would be a total of four discs now to get all of these ported on over. Six if you want to make sure you have X and X-2 as well.

To go even further, it looks like some of these titles could be rounding out the Final Fantasy franchise on Steam next year as well. Also bringing with it Chrono Trigger is all of these rumors are true. Also if true, there will three different bundles you pick all of these games up in with the true collector's edition not only having some cool physical items, but truly all of the franchise in one spot. Literally Final Fantasy all the way to Final Fantasy XV in terms of games and then also all of the films and anime too. Also all of the DLC that has and will come for the games so far. This is where I think things are getting a little out of hand but thus is the current rumor out there.

2017 will be the 30th anniversary for Final Fantasy and Square Enix will celebrate the milestone with the following items:

I'll be completely honest, I would love to see this collection come to the PS4, Vita, or PC in any of the forms. It would be a Final Fantasy nut's dream. It also seems like it is WAAAAAY too much to offer in a year where Square has so many other things going on. Even the rumor above mentions that Final Fantasy VII Remake's first episode should be out in 2017 and Kingdom Hearts III is also a good option too. Not to mention the Kingdom Hearts bundle already announced and coming next year. It just seems like too much to be able to be true. When would they have had the time to do all of this while hammering out XV and everything else? Also, Chrono Trigger being in the mix seems off as well. I guess we'll see…

What do you think of this latest Final Fantasy rumor out there in the mix? Does it look to have any merit to you or is it all the hopes and wishes of someone who wants to play all of the games in one spot? Would you want this kind of a bundle or just a good way to "Frankenstein" this together with all of the titles you've already purchased and want to purchase in the future? Let us know your thoughts on it all down in the comments and let the discussion begin. As with all things Final Fantasy XV, be sure to stay tuned in here as we'll keep bringing you the updates no matter how outlandish they may seem…